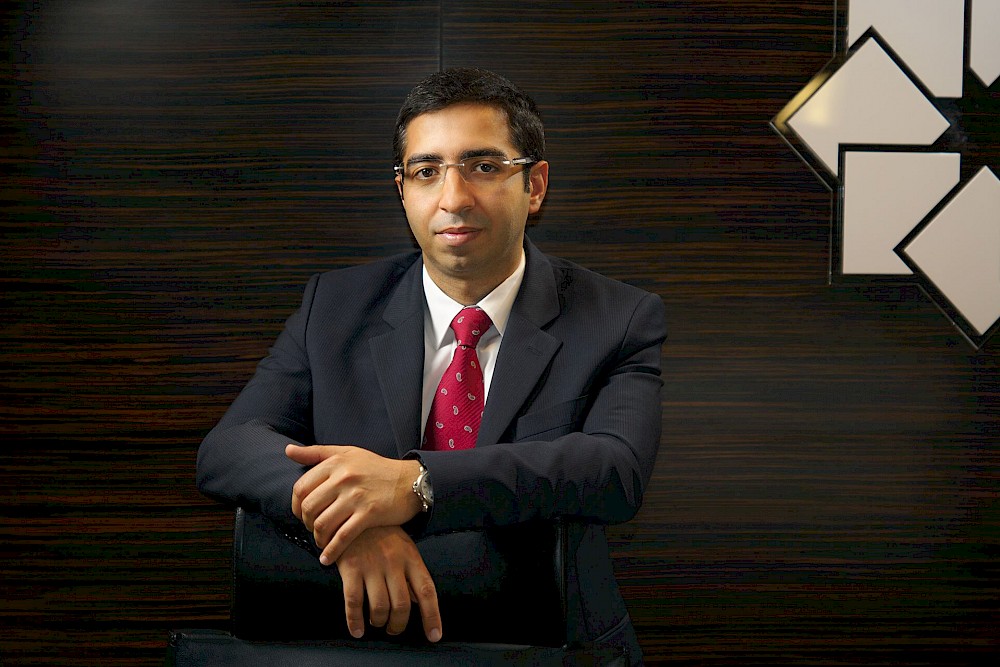 It is about the chairman of the board of the State Agency on Mandatory Health Insurance (SAMHI) Zaur Aliyev. According to the information posted on the Internet, he was also the director of Akmu Ltd in the British capital when he was chairman of the state agency.

Who is Zaur Aliyev?

The information is from Wikipedia. Before Aliyev's appointment to the agency, in 2003-2009, he held various positions in Ernst & Young's offices in Almaty, Baku, and London, but did not name Akmu Ltd. However, on LinkedIn account, Aliyev indicated that he completed his work at Ernst & Young in London in June 2008 and then at Akmu Ltd, but did not include information about his professional career in the following years.

Akmu Ltd was founded in London in April 2008 and has focused on providing management consulting services in areas other than financial management. Aliyev invested £1,000 in the company's capital. In July, he fired a law firm that ran the company and took over as director. At the end of 2009, Aliyev received a residence permit in the United Kingdom. In 2010, Akmu Ltd, of which he was the director, was registered in apartment number 540 in the modern St. George Wharf residential complex in London.

A two-bedroom apartment on Hamilton House, on the banks of Thames river, reminiscent of the Port Baku residential complex, was sold in September 2013 for £915,000. In 2014, the company's registration address was changed, and it was re-located to a new place before its liquidation - this time on the left bank of the Thames, in the apartment building "Grove Hall Court" in central London. Brokerage firms currently value the apartment at around £780,000.

Z.Aliyev signed the last financial report of Akmu Ltd in August 2018. In June 2019, he signed a request to liquidate the company. The liquidation process of Akmu Ltd was completed on September 24.

Although the law does not allow…

“Z.Aliyev founded Akmu Ltd in 2008 while working in the UK. Only that year was the company's financial transaction. The company did not operate in 2009-2019. In 2019, the company officially closed. As the founder of the company, he had no salary. During his work in Britain, Aliyev had a work and residence permit. He returned to Azerbaijan in 2010. " This was stated by the head of the Public Relations Department of SAMHI Aynura Ahmadova in response to a request by Open Azerbaijan. However, a search of the Companies House website, which collects information on companies registered in the UK, shows that Akmu Ltd also compiled financial balances in the period after Z.Aliyev's appointment to the state agency - in 2016-2018. The site contains information about the company's financial liabilities.

In addition, a report to the House of Companies in June 2016 states that the "country where Z.Aliyev usually lives" is England.

Aliyev was appointed director of SAMHI under the Cabinet of Ministers in October 2015. According to the regulations approved in February 2016, the body was an executive body. In November of the same year, the agency changed its status and became a public legal entity. In both cases, its leader was considered one of the subjects of corruption-related offenses under the Anti-Corruption Law. According to Article 9, paragraph 3.1 of the law, an official's "holding another paid position or engaging in any other paid position, except for scientific, pedagogical and creative activities during the performance of his / her official duties (powers)" is an offense that creates conditions for corruption.

The compulsory medical insurance (CMI) is currently applied in some areas of Azerbaijan (the capital and all regions of the Nakhchivan Autonomous Republic, Mingachevir, Yevlakh, and Agdash regions). Due to the coronavirus pandemic, the government has postponed the introduction of ITS throughout the country from 2020 to the following year.