30.05.2018 / US House representative writes about democracy and human rights problems in Azerbaijan 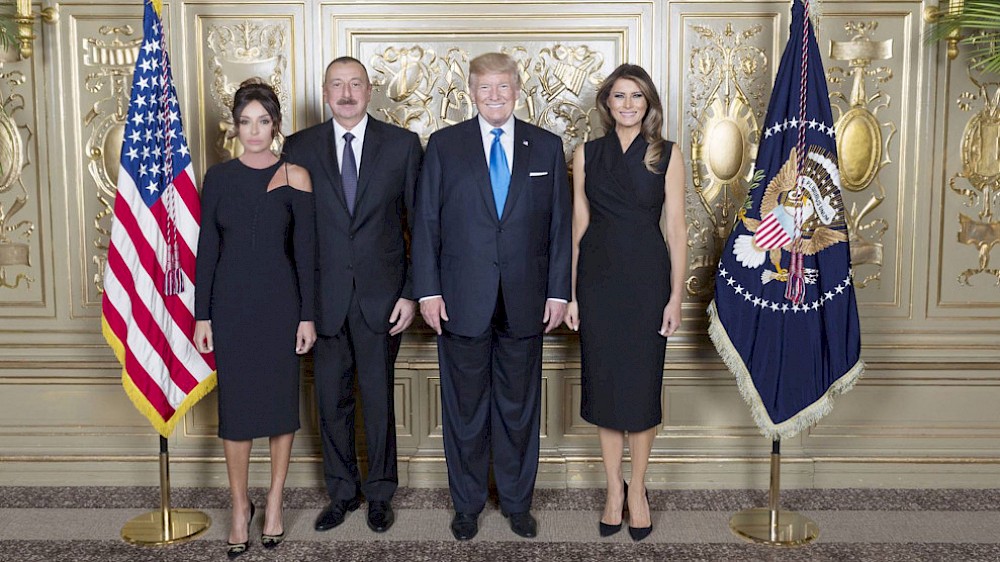 On Monday, the Republic of Azerbaijan celebrated 100 years of independence from the Russian Empire that collapsed following the Russian Revolution of 1917. When Azerbaijan proclaimed its independence on May 28, 1918, its leaders established the first democratic republic in the Muslim world—a real, if short-lived experience in democracy.

In March, President Ilham Aliyev—the country’s dictator since 2003—gave voice to national pride in the centennial yet curiously grounded it in ideals he does everything to crush. “For the first time in the Muslim world,” Aliyev said, “the Azerbaijani people demonstrated that they want to live in a free society, they want to live in a society where all the rights of all the people are protected.”

The people of Azerbaijan do not live in such a free society today. Just last month, Aliyev extended his rule until 2025 thanks to a rigged presidential election that lacked a single credible challenger.

Since succeeding his father, who ruled Azerbaijan for more than a decade, Aliyev has systematically coopted the country’s institutions. In recent years, he removed obstacles to remaining in power for life, extended the presidential term from five to seven years, and appointed his wife as his unelected successor.

The story is the same in the judiciary. For years, the country’s criminal justice system has punished opposition leaders, youth activists, and independent journalists with trumped-up charges of drug use, tax evasion, and “hooliganism.” Aliyev directs retribution against his opponents from behind the scenes and subsequently basks in fawning media coverage of his occasional pardons of some political prisoners.

Despite these periodic releases, Azerbaijani civil society activists report that more than 140 prisoners of conscience are behind bars today. According to Reporters Without Borders (RSF), nearly a dozen of those jailed are journalists.

Aliyev’s government has taken particular aim at the free press to evade accountability. Having already harassed, coopted, or shuttered independent print, radio and TV outlets, in 2017 the government went a step further and blocked virtually all remaining major sources of independent online news. In its 2018 World Press Freedom Index, RSF ranked Azerbaijan 163rd out of 180 countries—just one spot above Iran.

In September 2017, I introduced a bill in the House of Representatives that urges the Trump administration to raise and prioritize these human rights and democracy concerns in our bilateral relationship with Azerbaijan. The resolution calls on the administration to impose travel bans and asset freezes on Azerbaijani officials responsible for gross violations of internationally recognized human rights. It also recommends visa bans against violators of religious freedom, as provided for in the International Religious Freedom Act of 1998.

The government of Azerbaijan wants us to overlook its human rights record because it offers itself as a security partner for the United States. It is willing to help counter transnational threats such as terrorism and supports the NATO mission in Afghanistan through troop contributions and logistical assistance. Its oil and gas pipelines that transport energy from Azerbaijan’s Caspian shores westward also further the U.S. goal of limiting Europe’s dependence on Russian energy.

Yet by failing to respect the basic rights and dignity of its people, Azerbaijan becomes a long-term security liability. Younger generations of Azerbaijanis have no living memory of the nation’s nearly 70 years as a Soviet socialist republic and have higher hopes and expectations for their lives.

The same week that Azerbaijan held its ersatz presidential election, a youth-led, non-violent protest movement was emerging in neighboring Armenia to bring down a prime minister that embodied Armenia’s entrenched political elite. It is unlikely that Azerbaijan can hold back the tide that brought tens of thousands into the streets in Armenia in 2018 and to join Georgia’s Rose Revolution in 2003.

As Azerbaijan marks 100 years of independence, the U.S. must urge the government to rediscover the state’s original democratic roots and reestablish it for a new century, rooted in respect for human rights and liberty. Whether or not the government seizes this opportunity, the United States ought to stand in solidarity with the people of Azerbaijan, whose desires for dignity and justice will not be indefinitely denied.

The original of the article is published on the website of the US Congress.