IS THE IMITATION OF TRANSPARENCY IN AZERBAIJAN ENDED? 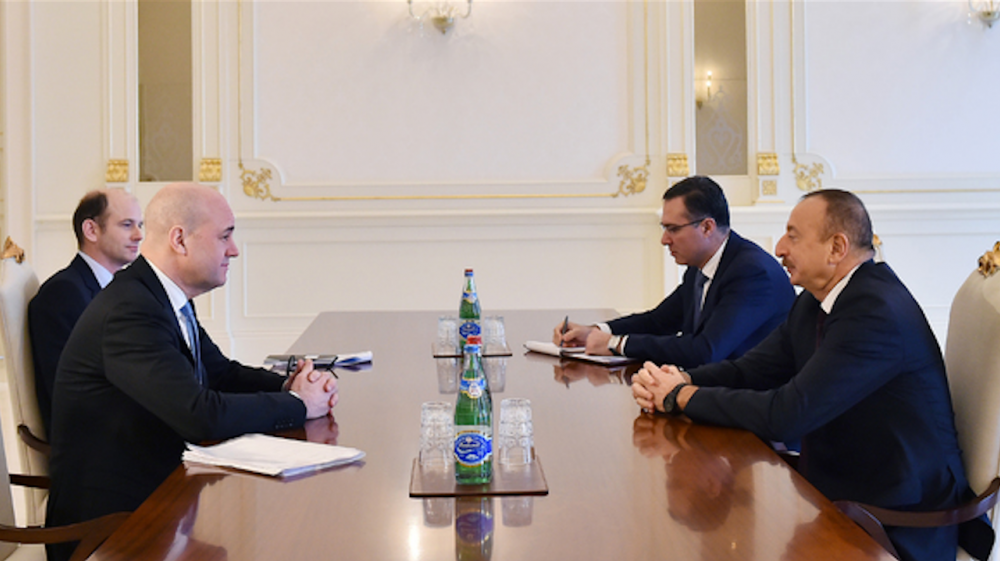 "It means one step back"

Will the government's new decision - entrusting accountability to the SSC - keep its promises? Professor Ingilab Ahmadov, director of the Eurasian Extractive Industries Knowledge Center, said he had not yet seen a statement from the government on the decision. "According to the initial explanation I received, the government took this step in connection with the entry of the EITI into a new phase - the phase of systematic mainstreaming, and this is logical. The systematic disclosure phase means collecting more information on the online portal and updating it periodically.” But even so, according to the expert, the prospect of EITI becoming a purely technical affair does not bode well: "As someone familiar with this initiative from the beginning, I can say that EITI has never been just a technical data collection and publication process. Its philosophy was aimed at assessing the quality of government management (of extractive industry), and this mission does not go down in history as it enters a new phase. On the contrary, it is becoming more relevant. In my opinion, this means a step back."

I.Ahmadov thinks that the SSC is not ready to do this work: “The State Oil Fund was more prepared for this work than other institutions and, so to speak, had a certain tradition. From this point of view, I am very skeptical about the prospects of cooperation of the Statistics Committee with civil society. Civil society is the most important partner of the initiative.

I.Ahmadov does not believe that this step was taken to become a member of EITI again: "After Azerbaijan left the EITI, international organizations are almost not interested in our country in this field. But in their conversations, they always said that they would like Azerbaijan to return to this international initiative. Now, this seems completely impossible. Not because the leading body has changed (in the EITI practice, the leading body of the government has changed, for example, in Kazakhstan the body has changed twice), above all because I do not believe that the Statistics Committee can fulfill such a mission.

What is the opinion of the International Board?

Oleksiy Orlovsky, a member of the EITI International Board, said in an interview with Open Azerbaijan that he welcomed Azerbaijan's readiness to continue to ensure the transparency of the mining sector by applying new reporting methods. However, the new decree of the President of Azerbaijan also raised questions. O. Orlovsky spoke about some provisions on transparency in the extractive industry: “For example, the SSC is instructed to continuously collect reports and provide the public with official statistics based on the collected reports. One of the main trends of the EITI at the global level is the maximum distribution of reports. Therefore, the placement of generalized information alone cannot be considered sufficient. The decree also recommends that foreign companies operating in the extractive industry of the Republic of Azerbaijan provide the SSC with the necessary information. Imagine that one or more companies do not follow this recommendation. In this case, the information is considered incomplete. It would be more logical to add certain mandatory legal norms on this issue to the national legislation of Azerbaijan to ensure the maximum collection and disclosure of information.
Orlovsky also noted the positive side of the use of electronic methods for disclosure of information, which will allow all stakeholders (government agencies, mining companies, and the public) to actively use this information, participate in discussions and express their views.

A member of the EITI International Board called on Azerbaijan to rejoin the initiative: “Like other countries that have left the EITI on their own, perhaps Azerbaijan should reconsider its position on the organization and consider re-joining this global initiative. I have no doubt that the Board and the International Secretariat will be ready to negotiate on this issue in full compliance with the requirements of the EITI Standard.”

The government is wary of new EITI requirements

Over time, new requirements have been added to EITI standards. What requires more transparency is the disclosure of beneficial ownership. Beneficiary ownership refers to an individual who directly or indirectly benefits from a company or commercial activity. According to the requirements, the countries implementing it by January 2017 had to prepare and publish a roadmap of measures to establish a framework for beneficiary ownership. Countries applying the standard from January 2020 are required to submit a request for beneficial ownership information, and companies are required to disclose this information. Azerbaijan has committed to beneficial ownership under the EITI. Although the abolished Extractive Industries Transparency Commission implemented several projects related to beneficial ownership, there were no concrete results. We wanted to know where the work was in this regard, but our request to the State Oil Fund went unanswered.

Experts believe that Azerbaijan has decided to avoid new international initiatives - disclosure of ownership, transparency, and accountability in trade in raw materials, disclosure of production sharing agreements, the publication of information on companies' environmental spending, and gender-based disclosure.

Azerbaijan is one of the first countries to join EITI. President Ilham Aliyev also attended the First International Conference held in London on June 17, 2003. He expressed support for the decision of the Government of Azerbaijan to join the EITI and international efforts to ensure transparency in the extractive industries. Azerbaijan has voluntarily undertaken to be a pilot country in the implementation of the EITI.

In his opening speech at the 11th International Exhibition and Conference "Caspian Oil, Gas, Refining and Petrochemistry - 2004" held in Baku on June 1-4, 2004, Ilham Aliyev also spoke about Azerbaijan's accession to the EITI: "Transparency will be the key to our success. As you know, Azerbaijan has joined the International Transparency Initiative. We have been working hard on this issue for more than a year and support the initiative of the British Prime Minister. I can say that Azerbaijan is probably the only country in the region that is very active in this initiative. This will allow us to effectively manage oil revenues in the future, and every Azerbaijani citizen will feel it in their daily lives. "

In November 2004, an important step was taken to implement EITI in Azerbaijan. A Memorandum of Understanding was signed between the EITI Commission, the Coalition for Increasing Transparency in the Extractive Industries of local and foreign companies, and non-governmental organizations on the implementation of the EITI mechanism in Azerbaijan. Azerbaijan became the first country to become a full member of this initiative, and regular reports were published. Even in 2009, Azerbaijan was awarded the UN Extractive Industries Transparency Initiative Award.

However, Azerbaijan's EITI reports have been generalized and technical for many years. In addition, despite the efforts of civil society, the government was not interested in creating a legislative framework for this initiative.

In April 2015, after pressure on civil society, Azerbaijan's membership was reduced to candidate level. In October 2016, the organization gave Azerbaijan six months to solve the problems of civil society, but to no avail. At a March 8-9 EITI board meeting in Bogota, Colombia, Azerbaijan was assessed as "incompletely reformed" and Azerbaijan's membership in the initiative was suspended. On March 10, 2017, the Azerbaijani government announced its withdrawal from the initiative.