11.05.2018 / A company responsible for numerous constructions in the Khatai district is registered to the name of the husband of the chief executive’s sister 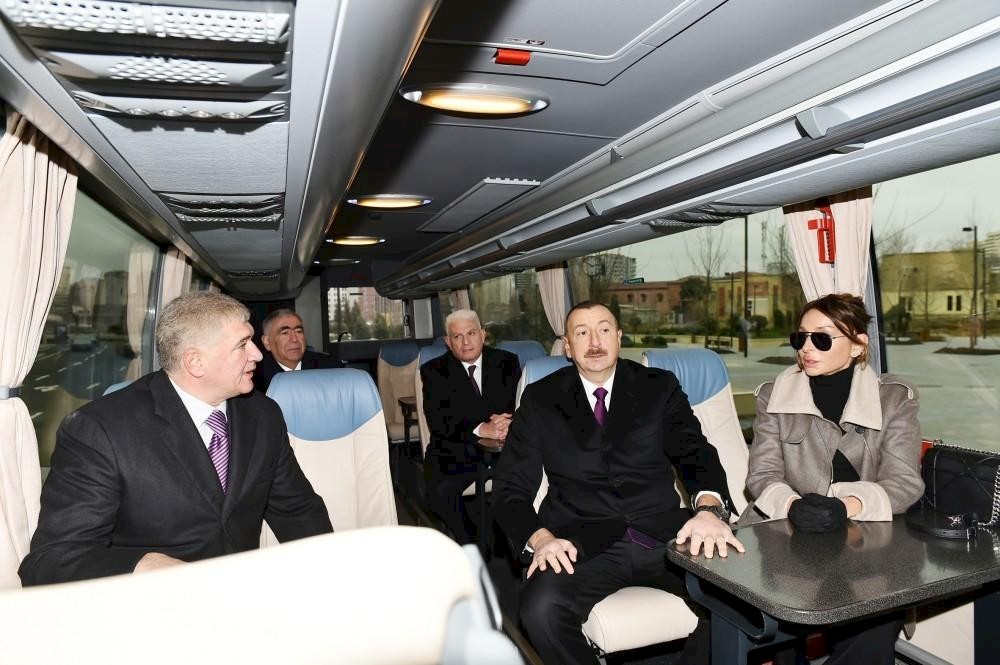 Despite several attempts to complain, residents have been unsuccessful in preventing the construction, as it already occupies the whole courtyard. Besides, nobody has shown interest in picking this up. Housing maintenance, office number 100, is also located in building number 6 on Mammadov street. The kindergarten guard who is aware of every issue is also a resident of the building.

Along with the kindergarten in Khatai district, “Samir Aghdulu” LLC has taken possession of many other tenders.

One of the orders of the Khatai district Executive Power in 2017 was to offer a repair contract for multi-apartment residential buildings. “Samir Aghdulu” won the tender. The tender's price is 1,941,500 AZN. In the same year, the company had also made 246,998 AZN from the tender commissioned by the Housing Fund of the Executive Power.

Detailed analysis of tender materials reveals that in recent years, the company has won numerous state tenders in the district territory. Back in 2011, the company received repair and restoration projects for 1,990,780 AZN and a demolition project of an old building for 49,895 AZN from the same Executive Power.

Furthermore, in 2013, the company procured the demolition of two residential buildings on Nobel prospect 12 and Javanshir street 38, both in Khatai district, for 596,164 AZN, acquiring some 4,825,627 AZN altogether.

"Samir Aghdulu" LLC which, inch by inch, has reconstructed almost the entire Khatai district, was established in March 2007. Legal representative of the company is Zeynal Jamil oglu Hasanov. The legal address of the LLC is Sumgait city, district number 10, building 41, apartment number 63. A person named Hasan Muzaffar oglu Mammadov resides in the apartment. Hasan Mammadov is employed by one of the Azerikimya Production Union's plants and is not an entrepreneur.

The enterprise's legal representative, Zeynal Hasanov works at the same time as a senior specialist in the Executive Power of the Khatai district. Hasanov, who is registered under the address of Sumgait city, 5th district, building 34/69, apartment 9, is married to Razim Mammadov's (chief of the Khatai district Executive Power) sister, Alida Hasanova.

Moreover, both the chief of executive power and the senior specialist are registered in the same address in Sumgait. The apartment is rented now. The resident who rents it confirmed that the apartment belongs to Razim Mammadov. The resident also did not recognize Zeynal Hasanov.

Lawyer Khalid Bagirov says, "the participation of the relatives of a person, who acts in a state body in a state tender, is a violation of the principle of impartiality. There is a solid ground for assuming this person's decision regarding a tender's outcome will be in favor of his or her associates. This is known as a conflict of interests. And this is one case prohibited by the law ‘On Combating Corruption.’ It is an obvious fact of corruption."

Vugar Huseynov, a former employee of the terminated State Procurement Agency, states that this is normally stated in the final protocol general information (address, VAT number, bank account) about the participant company.

According to the expert, such information can be verified by the agency within their capabilities, e.g. through the Ministry of Taxes's website: e-taxes.gov.az. "Nonetheless, it seems impossible for those who carry this inspection to access the information on the chief executive's registered address, as well as on the one who owns the property which is registered as a legal address of the given company", said Huseynov.

Huseynov further mentions that the issue of conflicting interests is provided in article 13 of the law, "On Public Procurements." He says, "Here it is stated, that any organization or a person legally, financially or organizationally dependent on a purchasing party is not allowed to participate in a tender or to have any influence in the process. Accordingly, any connection of a legal representative with a purchasing party signifies the illegality of the basis of such competition," said the expert.

Corruption risks are not considered

The head of the humanitarian-political department of the Khatai district Executive Power, Panah Imanov, confirmed that Zeynal Hasanov really works in the Executive Power. He is not aware of the relationship between the chief executive and Hasanov, however, "This is rather a personal issue. I am dealing with socio-political matters. And where do I find Mr. Hasanov in the first place?"

"We have no practice of calculating corruption risks or any other related analyses. This would have allowed us to identify potential risks had it been practiced. For instance, you emphasize the fact that some company operates within the Khatai district only. In the international practice, it is already considered a risk for corruption. And the existence of such risk automatically triggers some research into it", Huseynov, and adds that this kind of mechanism is completely absent in Azerbaijan.

The expert emphasizes the important role of detailed definitions and classifications in the purchasing system, practices in the law, and enough time given for implementation of these conditions in the local domain, “In the law, adopted in 2001, we can see no serious change, no detailing supplemented with explanations and instructions. This in turn creates wide opportunities for abuses and malpractices. High risk is inevitable without regulation. Even without the establishment's direct supervision, little desire to create more transparency in a certain field would cause a person, an actor to avoid repercussions and to abandon the course of actions that could potentially lead to corruption in that field. For now, there is no such an environment.”

Lawyer Khalid Bagirov thinks these kinds of actions enable embezzling of the state property, "Let us suppose that I am the chief of an Executive Power institution and as a chief executive I have a certain amount of monetary resources allocated to construction work. And I decide to give that money not to one company which is supposed to do the work but to my own company. This is called misappropriation. This is one of the ways of appropriating money though administering state budget's finances. From that point, my action can be viewed as a subject to article 179 of the Criminal Code in connection with the misappropriation."

Everyone Knows, even the Guard...

The information about the construction of the kindergarten by “Samir Aghdulu” LLC is published in the official website of the Khatai district Executive Power. In the photos published on the website, one can see the chief executive with his coworkers on the construction site. The representative of the power, Panah Imanov is also among them.

Neither the Prosecutor General nor the Anti-Corruption Department knows the truth, which has been readily obvious for most of the district's residents.

From the shot dialogue with the construction guard:

Question: Whose company is “Samir Aghdulu?”

Answer: The administration's, the Chief Executive’s.