WHEN WILL THE REST 18 BE ACQUITTED?

02.06.2020 / The Azerbaijani government is delaying the implementation of the decisions of the European Court 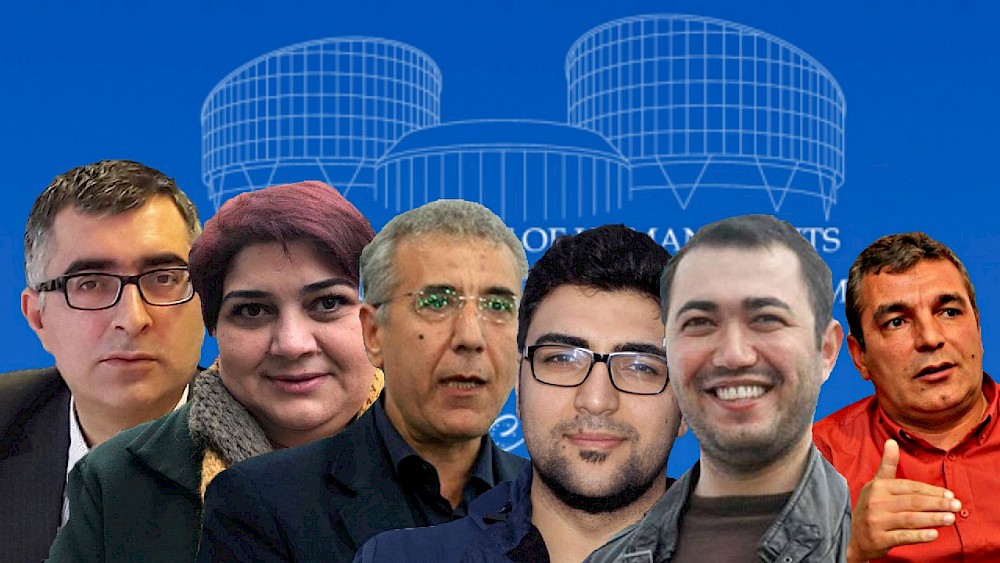 The European Court of Human Rights (ECHR), over its 70-year existence, found about 20 cases to violate Article 18 among the thousands of court decisions. 12 of them fell to Azerbaijan...

Article 18 of the European Convention for the Protection of Human Rights and Fundamental Freedoms limits the use of restrictions by States and prohibits the restriction of the rights of citizens for political purposes. "The restrictions permitted under this Convention to the said rights and freedoms shall not be applied for any purpose other than those for which they have been prescribed.” This is stated in the explanation of Article 18.

Although Azerbaijan is one of the last five countries to join the Council of Europe (the state is granted the right to appeal to the ECHR after joining the organization), it soon achieved "leadership" in violating Article 18. Other countries on this list are Russia, Turkey, Ukraine, Georgia, and Moldova. This violation was recognized in only one or two cases against each of them ("Navalny v Russia", "Timoshenko v Ukraine", etc.).

"Cases of the Eight"

Article 18 decisions on Azerbaijan were made based on complaints from the following persons: Chairman of the Republican Alternative (ReAL) party Ilgar Mammadov, Executive Secretary of the party Natig Jafarli, human rights activists Intigam Aliyev and Rasul Jafarov, Head of the Election Monitoring and Democracy Studies Center Anar Mammadli, journalist Khadija Ismayilova, Giyas Ibrahimov and Bayram Mammadov who accused of drug trafficking a day after writing the slogan "Happy Slave Day!" to the pedestal of the statue of the former President Heydar Aliyev, in 2013, four activists of the NIDA Civil Movement Rashadat Akhundov, Rashad Hasanov, Zaur Gurbanli, and Uzeyir Mammadli arrested after the protest action "Stop Soldiers Deaths!”.

The ECHR concluded that the above-mentioned socio-political activists were arrested for political motives, not for crimes.

Decisions on N.Jafarli, H.Ismayilova, G.Ibrahimov, and B.Mammadov were made in November last year and in February this year. Decisions on the cases of the remaining 8 people were made in previous years. But ...

The Committee of Ministers of the Council of Europe, the body overseeing the implementation of the ECHR's decisions, has repeatedly called on the Azerbaijani government to reconsider the cases of the eight and restore their legal status to pre-trial detention.

However, the Azerbaijani government did not respond to this call, and as a result, I. Mammadov, R. Jafarov, Z. Gurbanli, and others could not participate in the February 9 parliamentary elections. To be more precise, their candidacies were not registered because their convictions were not taken away.

After that, for the first time, the Committee of Ministers took an action in accordance with paragraph 5 of Article 46 of the European Convention: it adopted an interim resolution on Azerbaijan. "The Committee deeply regrets that Azerbaijan has not restored the rights of applicants from this group. It calls on the Azerbaijani authorities to immediately overturn the convictions of all eight applicants and to ensure the full restoration of their civil and political rights.

The European Court has ruled that the use of criminal law to punish them and force them to remain silent is illegal. The court concluded that the rulings against them reflected the government's illegal use of criminal law to punish critics, civil society activists, and human rights, defenders. It is stated in the document adopted by the Committee of Ministers on March 5, 2020.

Article 46 of the Convention contains the binding nature of ECHR decisions for a Member State of the Council of Europe. If a member does not implement the state decision, he/she violates his / her commitment to the Council of Europe. According to this article, if the ECHR concludes that a member state has violated its obligations under the Convention, the case must be referred back to the Committee of Ministers and appropriate action is taken.

Following the document adopted on March 5, the Azerbaijani government was given time until April 30, 2020. During this period, the government had to report to the Committee of Ministers on the measures taken against the eight people. The term has expired, and Azerbaijan has partially complied with the obligation - on April 23, the Plenum of the Supreme Court reconsidered the case of I. Mammadov and R. Jafarov based on the decisions of the ECHR. The criminal case against them was terminated on acquittal grounds. The chairman of ReAL was awarded 234,000 AZN and R.Jafarov 57,700 AZN in compensation for their illegal detention.

However, there is no change in the work of the remaining six people. Will their issue be considered in the near future? It is unknown. In any case, no one was notified. (Due to the decision of the Supreme Court, only the Plenum of the Supreme Court can consider the case and send a notice).

Asabali Mustafayev, a lawyer defending the rights of U. Mammadli and R. Hasanov out of the eight people, said that when the case of I. Mammadov and R. Jafarov was considered, he expected a similar decision to be made about the other six people. "But then it turned out that it is not a chronological sequence, it is that they do not look at any of the cases. However, I thought that all eight cases should be considered at the same time. If you read and compare those decisions, you will see that there is very little difference between the justifications. "

Law expert Khalid Bagirov also believes that the government could consider the case of all eight people at the same time: "There is no obstacle to not considering all these cases. Although I.Mammadov's case is a bit different, the others are similar. If the case of R. Jafarov, A. Mammadli, and I. Aliyev is almost the same, then it is abnormal to look at one and not look at the other.”

According to Bagirov, even if the Azerbaijani government delays the other cases, in the end, it will have to consider them, because the state has an obligation to implement the decisions of the ECHR: "If there is a decision, it must be implemented. In fact, there should be no need for anyone to demand or make an additional decision in the Committee of Ministers.

According to Bagirov, the ECHR's recognition of the violation of Article 18 in the case of Azerbaijan is legal proof of politically motivated arrests in this country. However, Bagirov does not think that these decisions will affect the undesirable practice of political arrests: "The decisions of the European Court envisage both individual and general measures. General measures mean that the state must take steps to ensure that the violation committed in that case is not repeated in relation to others. Unfortunately, as a society, we are almost not interested in general events. However, this is very important. In a recent "Abdalov v. Azerbaijan" appeal against the parliamentary elections, the European Court drew attention to the reduction of the election campaign period from 120 to 60 days. That decision reflected serious issues and shortcomings related to the election. But we do not pay attention to these decisions. In this regard, I do not believe that the "leadership" under Article 18 will change the approach to the issue of politically motivated arrests in the country. "

In general, no decision has been made on Article 18 of the European Convention for about 50 years. This article became "active" only after the citizens of post-Soviet countries gained the right to appeal to the ECHR. With the exception of Turkey, all other states on which this article has been decided are former Soviet states. Two decisions have been made against Turkey recently.