AZERBAIJAN IS RAPIDLY STEPPING BACK IN TERMS OF FREEDOMS

04.04.2018 / Report on Freedom in the World 2018 exposes Afghan Mukhtarli's case as danger to democracy in the region 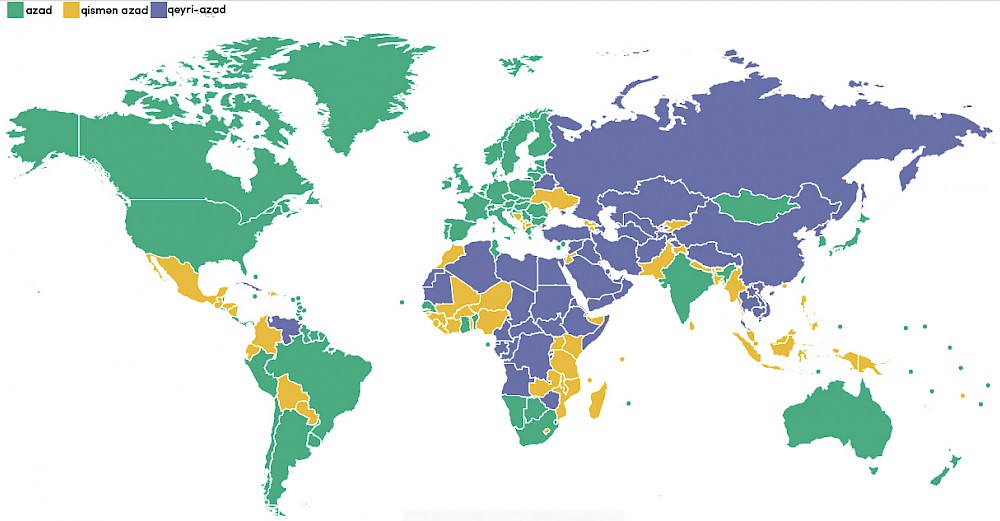 In Azerbaijan’s authoritarian government, power remains heavily concentrated in the hands of Ilham Aliyev, who has served as president since 2003. Corruption is rampant, and following years of persecution, formal political opposition is weak. The regime has overseen an extensive crackdown on civil liberties in recent years, leaving little room for independent expression or activism.