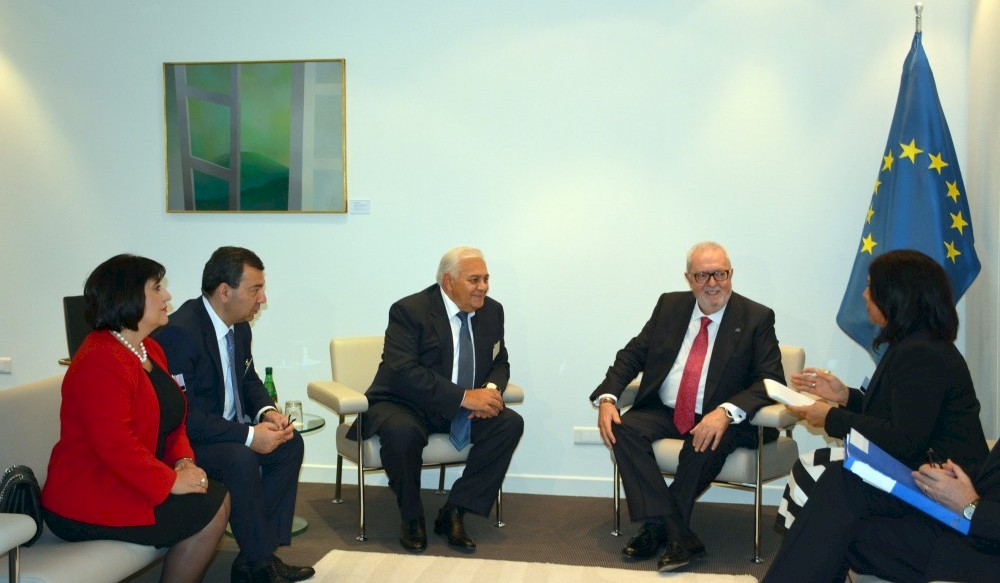 The Parliamentary Assembly of the Council of Europe (PACE) has released a report, strongly suggesting that its former members were engaged in “corruptive activities” with the Azerbaijani government and violated the human rights organization’s code of ethics. Following allegations the Azerbaijani government had exerted “undue influence” over members and former members of PACE, the Assembly commissioned an independent investigation body to look into the claims. The report indicates that the charges, part of a scandal known as “the Azerbaijani laundromat” and “Caviar diplomacy,” were correct, but this report may in fact only be scratching the surface.

The members of PACE suspected of corruption in the report are both numerous and important. Pedro Agramunt, who had been the president of PACE before resigning in 2017 and a chairman of the European People’s Party (EPP), is strongly suspected of being party to corruptive activities. In fact, such activities are suspected as playing a role in his ascension to President of the EPP group in PACE. The report states it's highly likely he shared a confidential document with Samad Seyidov, head of the Azerbaijani delegation at PACE before it was permissible.

Volonte had been in contact with Muslum Mammadov in June 2012 over the Strässer report. Mammadov would later become a Member of Parliament (MP) in PACE, but at the time was a lobbyist for the Azerbaijan government. In a letter, Mammadov thanked Volonte for his work concerning the Strässer report, and promised he would keep their correspondence “confidential.” This indicates Volonte was in collusion with the Azerbaijani government to undermine a human rights report.

Furthermore, in December 2012, Volonte advised Mammadov on how to place his “friends” in the right positions for the upcoming report. Volonte has acknowledged that he would thereafter receive payments from the Azerbaijani government through British shell companies, apparently at the behest of Elkhan Suleymanov, an Azerbaijani MP in PACE. Volonte would receive 18 payments from the Azerbaijani government from the beginning of 2013 to the end of 2014, adding up to over two million euros. These activities would constitute corruption and a serious breach of PACE’s Code of Conduct. Volonte is currently facing charges of corruption in Milan, Italy.

Arif Mammadov, the former ambassador of Azerbaijan to the Council of Europe, told investigators that Elkhan Suleymanov and Muslum Mammadov were engaged in other corruptive activities within PACE. Suleymanov was seen by many witnesses, both MPs and members of the PACE secretariat, as promoting Azerbaijani interests within PACE. Arif Mammadov asserted that Suleymanov had been accorded by the Azerbaijani government a special fund worth some 30 million euros to use at his discretion. While the independent investigation was unable to verify these charges, the Italian criminal case against Volonte is demonstrating that Suleymanov and Muslum Mammadov were distributing significant sums of money to individual bank accounts.

Election monitoring undermined through use of payments

Another especially notorious example of corruption is that of Eduard Lintner, a former German politician. In 2009, while still part of PACE, Lintner established a German-Azerbaijani relations lobby group called GEFDAB (Society for Promoting German-Azerbaijani Relations) in German). In 2013, Lintner led a German election observation mission to Azerbaijan, where he declared that year’s presidential elections and the reelection of Ilham Aliyev to be up to “German standards.” Two weeks later, he received 61,000 euros for “services.”

Over the years 2012 to 2014, Lintner received 19 payments, adding up to 819,500 euros, receiving them from the same British shell companies as Luca Volonte did. The payments came from the Association for Civil Society Development in Azerbaijan (ACSDA), a Baku-based NGO run by Elkhan Suleymanov.

Destexhe was dutied with ensuring the EAEO (European Academy of Election Observation) run effectively. He petitioned to allow himself to visit Azerbaijan for the summer 2016 Formula One Grand Prix so that he could make a statement on political prisoners. He was infuriated when his request was refused on the grounds that political prisoners were separate from election monitoring, but Destexhe managed to get himself to the event anyway. He met with Ilham Aliyev and thereafter declared that the event was perfectly organized, all without ever mentioning political prisoners.

What is striking is not only the number of highly influential and powerful members of PACE suspected of corruption but also how mild the independent body’s investigative methods were.

The report was largely based on oral testimony and the records from the Italian criminal corruption case against Luca Volonte. If the Council of Europe were to authorize stronger investigative methods, the full of extent of “caviar diplomacy” will be made visible. Given the nature and severity of the suspicions, the Council of Europe and its constituent member states ought to authorize such methods to get to the bottom of this. The Council of Europe’s reputation is being spoiled by its activities towards the Azerbaijani government, and only open, transparent, and rigorous investigations can redeem its name.