TROUBLESOME PLANNING OF BAKU WHY IT NEVER WORKS OUT

14.08.2018 / Instead of a master plan, Baku is in need of specific urban planning documentation and coordinated management 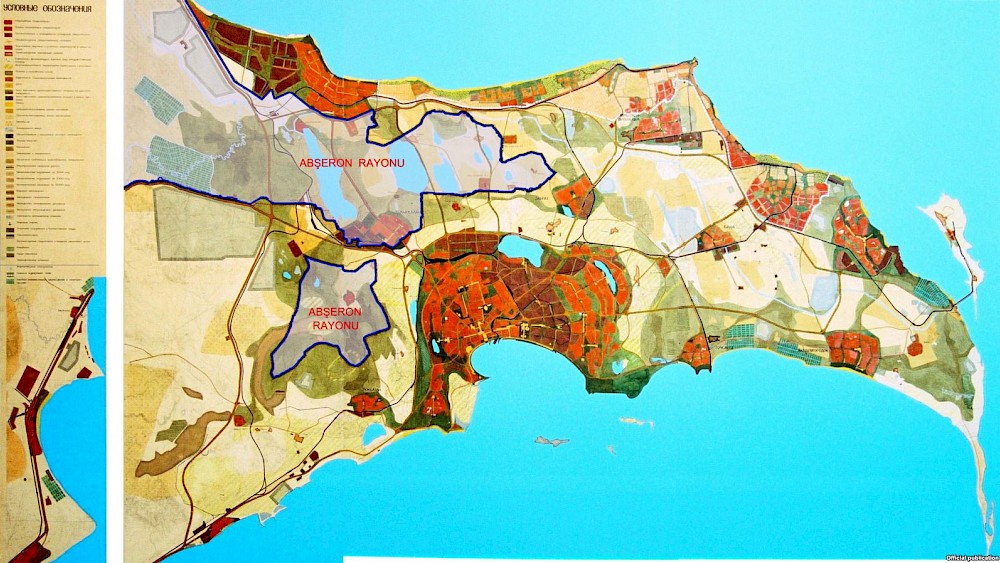 Following the formation of the new government, the State Committee for City Building and Architecture stated that they are going to a prepare new general plan for Baku. The new administration had already proclaimed that the Regional Development Plan of Greater Baku, which their predecessors had been trying to fulfill for 10 years and on which they made hundreds of empty promises, was erroneous. What happened after was rather predictable - a new order, issued on June 27 by the President, for the preparation of a new Master Plan of Baku, with an initial budget allocation of 4 million manats.

The order envisages the participation of foreign experts in preparing the capital's grand plan document. So far, one can only guess about the components of the new document, but also the fact of the document's speedy adoption remains a mystery. I would like to note that recently, preparations for the Regional Development Plan of Greater Baku, along with the capital's detailed planning, which was funded by the government's loan agreement with the World Bank, were finally completed.

It appeared that the idea of Baku's new strategic planning document was first prepared and suggested by the author of this article in 2006. About 10 years before that, the only strategic development plan to be adopted in any post-Soviet region was in St. Petersburg, Russia. By a strange coincidence, the current President of Russia, Vladimir Putin was also in the working group of the project. That document proved very successful and its application in other cities met with wide approval.

I assumed that such a document would be important for Baku as well, as starting from the 2000s, in the wake of a flood of oil revenue, the growth of the capital became rather chaotic. Later on, in 2007, the budget of 6 million USD was approved by the World Bank and the government for the Regional Development Plan of Greater Baku, which was a component of the national water supply and sewerage services project. In 2008, when work on the project started, it became clear that the institutional framework and the expert group needed for implementation of the project were not prepared.

Then the head of the project, Tamara Sulukhia, the infrastructure minister of Georgia in Saakashvili's cabinet, suggested that for more successful results the project would have a greater chance for success by inviting international companies as consultants. The unfortunate missteps in the project started after that. The chairman of the Committee, Abbas Alasgarov, argued that Baku had its own unique method of development (?!) and insisted on naming the Baku State Project Institute, where he used to serve as a director, as the project's consultant. Noting that the development of Baku had argued that the Project would be consulting company, formerly head of the Institute (sorry, really not sure what this sentence is trying to say). Two tenders, conducted one after the other, with the participation of well-known companies (such as AECOM) were eventually suspended, despite their participants’ willingness to join, and the Baku State Project Institute was elected as the main consultant.

In 2012, I met several times with the project's working group, and it became clear to me that they had not made any steps towards making the project a reality. The project's fate became even more precarious when, in the middle of the year, they called me to ask about the population of Baku and how I had calculated it. This truly revealed the reliability and quality of the project's experts. Local personnel, which in most of the cases were hired on low wages and were of limited ability, were clearly unaware of modern developments in their supposed field.

In fact, the main objective of this project was to develop a strategic framework and to identify targets for Greater Baku's regional development. It would also include a variety of digital mapping elements, as well as an institutional framework for planning. For example, it was expected to prepare urban design coding and grounds for traffic and land utilization in the city. Instead, they translated and adopted the so-called Construction Norms and Rules, which had originally been prepared in Soviet times.

And the result is obvious - the restrictions occurring during the construction of social housing in the city, miscalculations in the allocation of new metro stations, the illegal devastation of parks, a lack of the technical norms in the construction of sidewalks, and generally unmanageable and chaotic planning.

Another interesting fact is public participation in such city planning discussions, which is a worldwide norm. But no expert was invited to participate in either of the two meetings organized to discuss the plan. Instead, some unrelated NGOs took part in those meetings.

Since its beginning, the Cabinet of Ministers, the Executive Power of Baku, and the Ministry of Transportation were skeptical about the project. They did not carry out any coordinated activities, given the clear absence of a subordination chain. On the contrary, the Cabinet of Ministers continued to consider the document inaccurate till the very last day. The Executive Power, in its turn, refused to accept it whatsoever. In fact, those who are familiar with the document know that it is full of mistakes. For example, the construction of the airport in Alat or establishing cities as Dubendi can be considered rather as part of the obligatory planning from Soviet times. The part of the plan regarding the reconstruction of the central part of Baku praises and promotes population increase and density. In reality, the actual needs of the central part of Baku are completely the opposite.

Though it might sound obvious, the general plans of Baku never became operational. In fact, it would be more interesting to look for an answer to the question: "Is there a need for the master plan?" As far as the capital is concerned, there is a much greater need for other strategic documents. Practice shows that documents and proposals regarding land usage often do not turn out well since such planning documents have no legal force and play only an advisory role.

Instead of a general plan, Baku is in need of urban planning documents and a centralized, coordinated management structure. Yet another topic is the city's modernization. For example, the Cabinet of Ministers' well-known decision of 2017 in connection with the renewal of out-of-date buildings stipulated the creation of new residential complexes in the place of 1000 old buildings. But, for some reason, this document is not coordinated in any way with the General Plan of Baku.

Another issue is the problem with calculating Baku's population in the last 20 years. There have been estimates performed by different organizations, the results of which differ from each other by hundreds of thousands since the city has been expanding wildly via private housing and suburban areas. While such basic problems related to the city's management remain, is there even a need for a master plan?