GOVERNMENT OF AZERBAIJAN WAS NOT AUTHOR OF TAX REFORM

26.12.2018 / A number of state agencies and state companies are managed by foreign corporations Thanks in Advance! 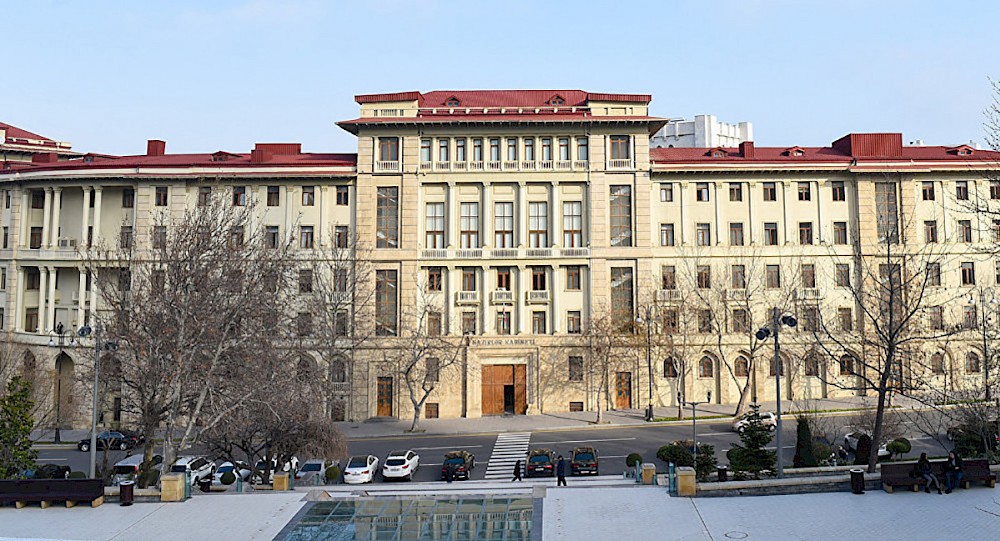 On January 1, 2019, a new tax code came into effect in Azerbaijan. More than 210 changes have been made to the previous code, and now consists of 221 articles. It is not yet clear how these changes are going to be applied. The point is, before applying these changes, normative acts need to be adopted. In the last week of 2018, several acts were introduced, but the adoption of so many legal acts in such a short period of time promises great challenges for the market. The reactions to the changes that have been made are mixed. Some of the articles are considered positive, but the predominant opinion has been negative.

However, there is another detail to this issue. They talked about the changes immediately after the appointment of the new Tax Minister. Certainly, the process required a thorough analysis of the taxation area. On June 30, 2018, the Tax Ministry held a tender for the provision of expertise and consultation services, and the winner of the tender was McKinsey and Company (Azerbaijan), Inc. The company's service cost totaled 1.5 million AZN.

What is “McKinsey and Company (Azerbaijan), Inc.” doing?

McKinsey and Company is an international consulting company, collaborating with major companies and government agencies to help resolve strategic management issues. In 2013, company representatives met with the President of Azerbaijan. At that time, the company had not yet made a decision about opening a local branch, while it was assisting the World Bank in an analysis of the local communications field. However, the devaluation of 2015 necessitated their involvement; accordingly, they opened a branch in the center of Baku soon after this. The registry of the Tax Ministry confirms that “McKinsey and Company (Azerbaijan), Inc.” was registered in Azerbaijan on September 30, 2015.

In 2016 “McKinsey and Company (Azerbaijan), Inc.” worked in partnership with the government to design roadmaps. According to some sources, this cost the government 2 million USD.

The changes made to the tax code, as well as the creation of the roadmaps, are not directly related to McKinsey and Company, Inc. However, it is their service indirectly, due to the fact that it is necessary to identify the main issues and consequently submit proposals before any changes are tabled. All this was done by McKinsey and Company (Azerbaijan), Inc.

McKinsey and Company (Azerbaijan), Inc. also operates in the country on a project concerning the implementation of the medical insurance system. It is reported on the company’s website that McKinsey and Company (Azerbaijan), Inc. has participated in about 20 projects in Azerbaijan. However, there are no reports indicating whether these projects belonged to the private or public sectors. In addition, the projects implemented by the company have neither been reported in the registry of state purchases nor have the findings of the company’s analysis and expert work been made public.

Interestingly, McKinsey's name has been linked to several scandals, including providing consulting services to authoritarian governments on how to neutralize political opponents. The influential New York Times newspaper published an article in October of 2018 about the company providing such services to the Saudi Arabian government.

After the events of 2015, the amount of consultancy and expert services of foreign companies offered to the government of Azerbaijan has increased. A few tenders on the provision of consultancy and expertise services were held in 2018. The winners of these tenders were either the local branches of these foreign companies or the companies’ head offices. In addition, for example, PricewaterhouseCoopers’ (PwC) branch in Poland won the tender, despite the company having a local branch.

It may not be unusual that AzerGold LLC and other state companies are increasingly using the services of foreign experts. However, the trend of state agencies signing such contracts so frequently is somewhat new.

McKinsey and Company (Azerbaijan), Inc. is not the only company that is offering its services regarding tax legislation. An international organization, “Arbor Consulting”, won a contract for the improvement of the national policy and legislation on the use of mining and surface of the land. This being so, we can expect some changes in this area as well.

Foreigners are appointed to positions

In the past years in Azerbaijan, foreign citizens have been appointed as advisors and managing directors. At the moment, the managing director of the Azerbaijan Tourism Bureau (does not directly belong to state but executes tourism marketing campaign) within the State Tourism Agency is Florian Sengstschmid, a citizen of Austria. He is the former General Director of Pasha Travel and was responsible for operations. He also holds the position of managing director for the Azerbaijan Congresses Bureau, which is partially funded by the government.

German citizen Rodderix Mark Laffer has been appointed as the chairman of the board of the Shahdag Tourism Center. Martis van Splinter is the Agriculture Minister's Advisor on Experimental Pilot Projects.

The Azerbaijani government has previously worked directly with foreign companies, but the services themselves were often outsourced to local companies. Now they are giving preference to international companies and experts. In order to evaluate this initiative of the government, it is necessary to look at the results. The results, however, are not satisfactory.