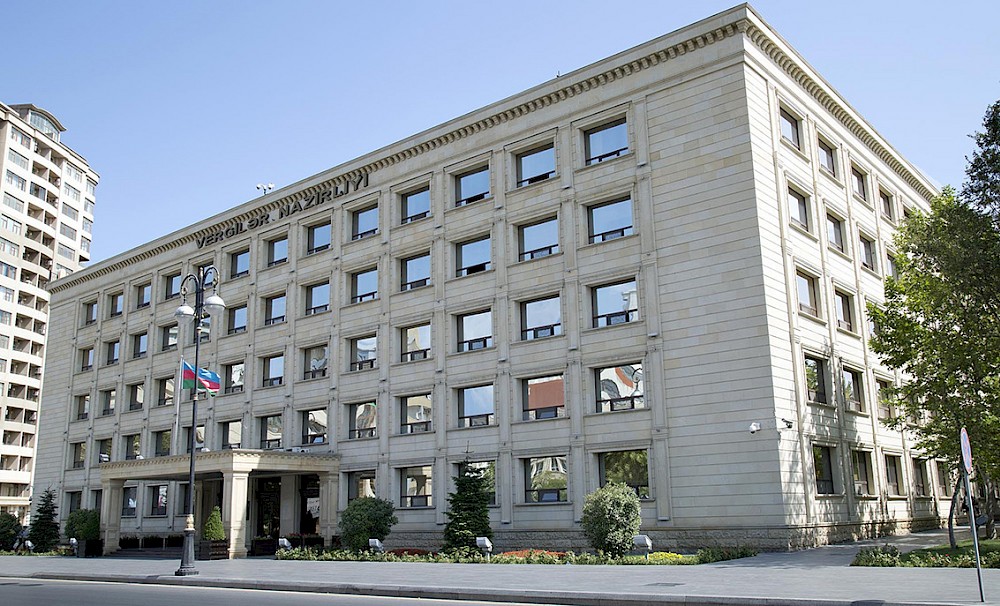 In the report submitted by the government of Azerbaijan to the National Assembly on the execution of the state budget for 2017, some of the information has been revealed. The most remarkable fact is in the data on the Ministry of Taxes, which indicates 11% deficit in the state budget's tax collections from the non-oil sectors.

It becomes clear from the report, that during the year, the actual amount of funds the ministry received was 5 billion 189 million AZN, while the expected amount to be collected from the non-oil sector was 5 billion 805 million AZN.

In general, half of the budget revenues constitute the tax collections from the non-oil sector - 8 billion 382 million manats - including the State Customs Committee's obligations, as well as off-budget revenues of the budget institutions. It seems that, in 2017, the budget revenues' share from the State Customs Committee and off-budget income of the budget institutions increased, hence, became a sole factor preventing the possible decrease in the non-oil sector's revenues. in comparison with the previous year and only these factors increased the total non-oil revenues the collection of the and the budget organizations. Thus, compared to the previous year, in 2017, the non-oil revenues was by 101 million AZN or 1.2 % more.

Another noteworthy point is that, in 2017, the share of the budget's non-oil sector revenues in the non-oil GDP diminished. It is known that the amount of tax revenues (particularly collection of the taxes applied to turnover) is generated directly from the nominal turnover of products and services.

It is clear from the official statisticsç that, in 2017, the non-oil GDP's nominal volume increased by about 4.7 billion AZN or 12%, in comparison with the previous year. However, the overall growth of non-oil revenues in the state budget amounted to 1.2%. In turn, the state budget's non-oil revenues share in the non-oil GDP was 21%, in 2016, and 19% in 2016, respectively.

523 million AZN from the funds, collected by the Ministry of Taxes from the private sector, formed through the international oil-gas agreements, from the income taxes paid within the framework of Production Sharing Agreement (PSA). Income from other segments of the private sector amounted to 4 billion AZN, which is 51.6 million AZN less than in 2016. But here it is important to note one crucial point. Normally private sector's tax revenues incorporate income tax of the companies operating under the PSA as subcontractors. Consequently, It becomes impossible to identify the real extent of non-oil taxes within the private sector's tax revenues. In reality, these taxes should be registered as oil sector payments in the budgetary reports.

When it comes to the non-oil budget revenues generated out of the Ministry of Taxes, the State Customs Committee's payments in 2017 constituted 2 billion 609 million AZN, which is 317.2 million AZN (or 14%) more than in the previous year. One of the main reasons contributed to the 14% growth of the customs' payment to the state budget is the increase in the import's value in terms of manat (taking into account the rate changes) by 9.5% or about 1.3 billion AZN growth. Of course, the partial legitimization of unofficial import turnover, compared to the crisis period, also played its role in the growth.

The government report on tax revenues lacks also the classification based on the payment types. This renders impossible to asses changes happening in the dynamics of revenues based on different types of taxes and level of the deviations from forecasts.