03.09.2020 / Although Law requires it, Azerbaijani officials are reluctant to talk about income 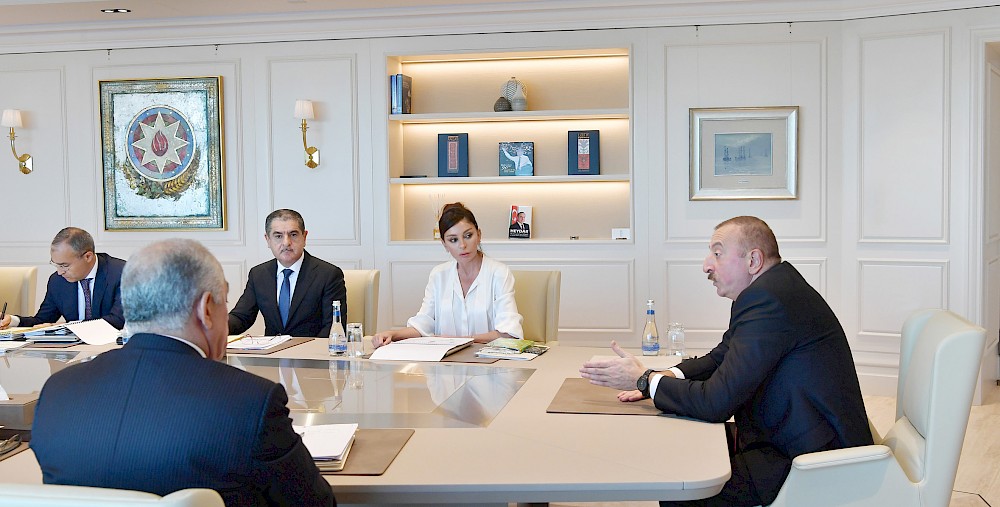 This time, MP Erkin Gadirli raised the issue of reporting on the income of officials. The MP posted information on his social media account about his income, as well as his expenses (which is not required by Law): “I wrote the expenses in detail because income alone is not enough for the accountability of politicians and officials. Even the legality of expenses is not sufficient. There may be expenses that are inappropriate for politicians and officials, even if their source is legitimate. It may also depend on the circumstances. For example, as an MP, I have the privilege to go anywhere without restrictions, but during the quarantine period, I left Baku only once - I went to Tovuz (not for a walk). I can go to one of the quarantine free areas and rest there. Law allows me to do that, and my salary allows it. However, in an environment where many cannot leave Baku, it is not good for me to go for a walk in our regions. Just as law is not just law, so life is not just law. ”

Although it was on a social network, it was the first time when an official in Azerbaijan reported income and saw critical comments on the report such as missing information about this or that.

In fact, in Azerbaijan, officials have been required to disclose their income for many years in various laws and programs, but there is no single reporting form or other measures for this purpose.

Commitment passed on through years and documents

Many documents require officials to disclose their income. The first provision is reflected in the Civil Service Law adopted on July 21, 2000. According to Article 18.9 of the Law, civil servants must annually submit a financial report on their income and property status to the head of the body they serve, indicating the source, type, and amount of additional income. Failure to comply with this requirement may result in legal reprimands and dismissal.

The comprehensive approach and related new provisions were first included in the Anti-Corruption Law adopted on 13 January 2004. According to Article 5 of the Law, officials are required to report annually on their income, taxable property, deposits in credit institutions, securities, and other financial instruments, shareholders 'or other economic entities' activities, indicating the source, type, and amount; participation as a founder, information on their property shares in these enterprises, a debt of more than five thousand times of conventional financial unit (1.10 AZN), other financial and property obligations of more than one thousand times of conventional financial unit to the established bodies.

The "Rules for the submission of financial information by officials" were approved on June 24, 2005. The document defines the directions and rules of application of the income declaration system. By the decree of the President dated August 9, 2005, the Cabinet of Ministers was given 2 months to prepare a declaration form.

The National Action Plan on Fighting Corruption for 2012-2015 provided for the preparation of proposals for the submission of financial statements of officials in electronic form. The event was to be implemented by the Cabinet of Ministers and the Anti-Corruption Commission in 2013. This issue is also reflected in the "National Action Plan for the Promotion of Open Government for 2016-2018." According to the plan, the Cabinet of Ministers and the Ministry of Justice were to take measures to provide financial information to officials in 2017-2018.

Finally, in item 1.4 of the plan approved by the decree of the President of Azerbaijan on February 27, 2020, intended (“National Action Plan for the Promotion of Open Government for 2020-2022”), “Implementation of measures related to the provision of financial information by officials holding ". Although the executors of this measure were indicated the Cabinet of Ministers and the Ministry of Justice, the Anti-Corruption Commission of the Milli Majlis, too, was recommended to take part.

Many international reports state that Azerbaijan has not fulfilled its obligations on income disclosure. The proposals contained in the 4th round monitoring report of the Istanbul Anti-Corruption Action Plan on Azerbaijan state that the form required for officials to declare their income and property must be prepared without delay.

The Istanbul Anti-Corruption Action Plan is a research program for Eastern Europe and Central Asia, established in 2003 as part of the Organization for Economic Co-operation and Development's (OECD) anti-corruption network.

The final reports on Azerbaijan in the 3rd and 4th rounds of the Council of Europe's Group of States against Corruption (GRECO) (Azerbaijan has joined since 2004) focus on systematic corruption. GRECO reports strongly criticize MPs, judges, and prosecutors for not disclosing property and income declarations.

Economist Gubad Ibadoglu says he appreciates Gadirli's statement on revenues and expenditures over the past six months and wants it to become regular. According to him, Gadirli should also take the initiative to disclose the income of officials: “I think that Mr. Gadirli’s initiative to declare income and property should not end amateurishly. As a member of the Parliamentary Committee on Defense, Security and Fighting Corruption, he should expand this initiative, first of all, with the participation of the Committee and members of the Milli Majlis.”

G. Ibadoglu states that E. Gadirli should also work to implement the "Rules for the submission of financial information by officials" and that persons elected or appointed to state bodies in accordance with the Constitution and laws, persons representing state bodies based on special powers, administrative Civil servants holding positions, persons performing organizational-administrative or administrative-economic functions in relevant structural units of state bodies, state administrations, enterprises, and organizations, as well as economic entities in which the state has a controlling stake, should also be involved in declaring income and property: " In this case, according to the Law, the president, vice president, prime minister, speaker of parliament, ministers and members of the Milli Majlis will have to disclose financial information periodically.”

Lawyer Javad Javadov believes that the failure of officials to declare their income is due solely to the will of the political authorities. "This allowed an influx of petroleum money to be used ineffectively and inappropriately. That is, if the political authorities themselves were not interested in this, such conditions would not have arisen. Although the country's leadership was outraged by the amount of embezzled money, in fact, the postponement of the implementation of this law set conditions for this. It is impossible to explain it in any other way. "

According to Javadov, the situation has reached the point where there is talk of financial amnesty: “But for this, serious reforms must be carried out, the independence of the judiciary must be ensured. In short, after the financial amnesty, there must be a guarantee that corruption will not be on this scale.

The financial amnesty provides for the full or partial legalization of financial resources obtained from previously covert economic activities and operations, the pardon of perpetrators, the return of illegal capital held in foreign banks and companies, and the forgiveness of previously incurred tax liabilities.

There is no news about the financial amnesty

Many people in Azerbaijan talk about the importance of granting financial amnesty before the income of officials is disclosed. Economy Minister Mikayil Jabbarov also joined the proposal. The Minister spoke about this at a meeting with President Ilham Aliyev in March: "We intend to implement a policy aimed at replacing oil and gas revenues. Specifically, the issue of the shadow economy was also discussed. Today, I would like to bring to your attention that during these discussions, representatives of the private sector, the banking sector, the Association of Banks of Azerbaijan raised a request to consider an important tool in the process of reducing and eliminating the shadow economy, capital and property amnesty. We will present it to the government and your attention in the general package. "

Although more than 4 months have passed, there is no information about it. Economist Natig Jafarli says there are no conditions for financial amnesty in Azerbaijan: "Many countries have financial and property amnesty practices in the fight against the shadow economy. But the most important issue here is trust. That is, trust must be established when taking this step. To build trust, there must be a normal, fair judiciary so that if an amnesty is granted, the beneficiaries can be sure that they will not be persecuted in the future. This has always been the case in the world. In Azerbaijan, the specific feature is that shadow businesses are mainly led by civil servants.”

The expert says that current and also former officials must rely on these rules and laws to declare their property or financial resources: "Various steps must be taken to establish a trusted environment. The most effective step in world practice has been in Eastern Europe. In Eastern European countries, financial amnesty was taken after the change of system and government, and it affected. But in our close neighbor Russia a few years ago, an attempt was made to take this step, and the attempt did not affect us. Because business circles and officials in Russia, where shadow businesses were led by civil servants too, have been reluctant to declare their movable and immovable property. Because they thought they would be persecuted later. In order to take this step in Azerbaijan, it is necessary to take political steps. "

There is a ready report form

As noted above, the final task for officials to declare their income is with the Cabinet of Ministers — the report form must be prepared by the Cabinet of Ministers. In fact, a few years ago, the Research Foundation “Konsitutusiya” drafted a "Declaration on Financial Information." The project envisages civil servant must include in the report the following: salaries, dividends, gifts, income from securities, income from savings, income from scientific activities, income from pedagogical activities, income from creative activities, inheritance, royalties, pensions, social benefits, alimony, rental income, property sales, paid debts, other kinds of income, as well as property subject to taxation, the property of parents living with the person filing a tax return, the property of children living together with the person filing a tax return, the property of credit institutions, deposits in credit institutions, securities, and other financial resources, companies, participation in the activities of funds and other economic entities as a shareholder or founder, its share in these enterprises, debt exceeding five thousand times the conventional financial unit, other financial and property liabilities of more than one thousand times the conventional financial unit.

The introduction of income tax returns can play an important role in preventing corruption. This will allow the relevant body to monitor any changes in the official's income. If there is a dubious difference in income, the official is required to justify it.