28.05.2019 / No other country ignores compensation rulings by the European Court as often as Azerbaijan does. 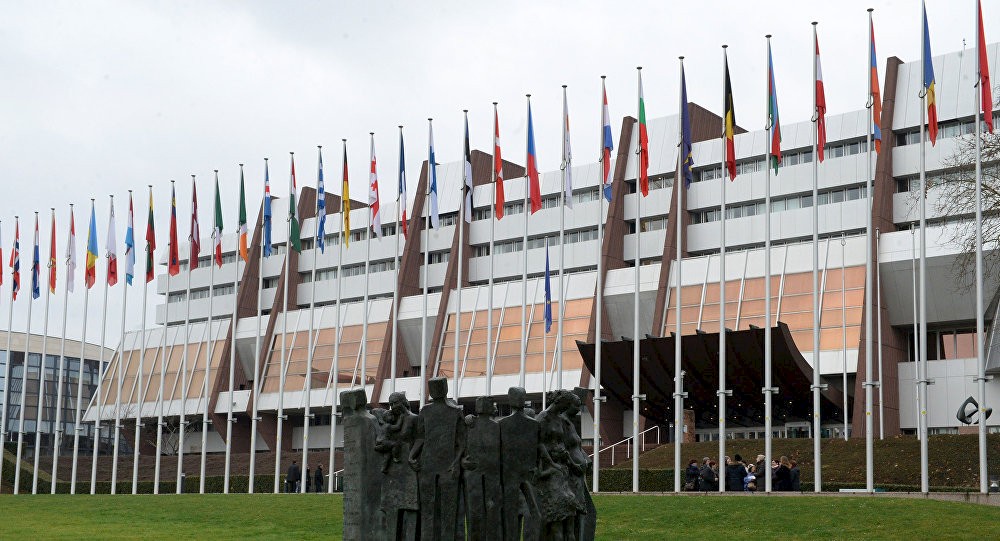 In June, the situation regarding the execution of the European Court judgments will be discussed at the Council of Europe Committee of Ministers meeting in Strasbourg. More than 100 cases related to Azerbaijan will be reviewed. There are regular complaints made to the Committee of Ministers in connection with the country’s non-execution of European Court judgments. There are judgments made as far back as 2010, which have still not been implemented. For example, there is an issue of IDPs being evicted from their places of residence.

Over the past 2 years, the European Court ordered compensation payments from the Azerbaijani government totalling some 1 million euros, to be paid to citizens, whose rights and liberties were adjudged to have been violated. In 2017 alone, the total sum of determined compensations to be paid by the Azerbaijani government was 817451 EUR. In 2018, a number of judgments were fewer, and thus the sum was significantly smaller than in the previous year – “only” 186972 EUR.

The government does not want to pay their opponents

Nigar Hazi told Openazerbaijan that she was recognized as the legal heir of her late sister Nargiz Yagublu. There was an application lodged by Nargiz to the European Court. The Court has made a judgment on this case almost two years ago, determining compensation for the violation, but the compensation has yet to be paid. Similarly, two years have passed since the judgment related to the arrest of Tofig Yagublu, Nigar Hazi's father. He has not received any compensation, either.

Mrs. Hazi says that she has sent numerous letters to Chingiz Asgarov, representative of the European Court in Azerbaijan, and has also visited the Presidential Administration to meet with him. Unfortunately, she has not received any responses to her letters or phone calls made to the reception of the Administration. After numerous attempts over a period of several months, she finally succeeded in contacting Mr.Asgarov via mobile phone on April 17th. She said of the exchange, "He spoke as if he had no idea about compensations not being paid. He even asked in a surprised tone, ‘ isn't yours been paid yet?’ I said that not only ours but Ilham Huseyn's, Mustafa Hajibayli's, Tazakhan Miralamli's, Gozal Bayramli's – those were all the names that came to mind during our call – have not been paid yet - we are all in the same situation. He said that our bank accounts would be checked and transfers would be made. I said that our compensations not being paid for years is clearly caused by political bias. He objected to this and denied any such political bias here”.

According to Mrs. Hazi, Mr.Asgarov said that compensation will be transferred in May: “We are impatiently waiting for May...”

"There is a political order"

NIDA member Ilkin Rustamzada has been waiting for his court-ordered compensation for two years ( Mr.Rustamzada was in jail for 6 years, being released on 17 March 2019 following a Presidential pardon). The European Court has two judgments related to Mr.Rustamzada. One of them was made in July 2017. An application alleging unlawful administrative arrest for his participation in the Stop Soldiers' Deaths protest was lodged in 2013. The Court considered the 30-day administrative arrest for participation in a protest to be illegal and determined 6000 EUR in compensation to be paid to him. The money has still not been transferred.

The second judgment was made on March 7. The European Court recognized that the detainment being used as a restrictive measure for Mr. Rustamzada, following the opening of a criminal case against him, as a violation of Article 5.1 of the Convention (right to liberty and security). The Azerbaijani government was ordered to pay 20000 EUR compensation for emotional damage and 2500 EUR to cover court expenses to Mr. Rustamzada. The judgment has not entered into force yet; typically, a judgment enters force after three months, if there is no appeal from the judgment to the Grand Chamber, and must be executed within three months of that time.

Mr. Rustamzada told Openazerbaijan that he granted power of attorney to his father after the first decision of the Court. The documentation of this act was sent to the representation of Azerbaijan in the European Court – the Presidential Administration. After a significant amount of time, it was revealed that this documentation is not there and that it was lost. Mr. Rustamzada then granted power of attorney to his mother, which was sent to the relevant structures, but the money has still not been transferred.

After being released, the youth activist started working on this issue personally: "3-4 days after being released, I called Mr.Asgarov and asked the reason for my compensation not being paid. It seems that he was unprepared because my call was unexpected; he said that it will be resolved soon and that he will call me himself. I have called him 4-5 times after that, but he has not responded."

Mr. Rustamzada believe s that the delay in payment of compensation to political activists is not a coincidence: "it is a result of political order".

Tazakhan Miralamli, a member of the APFP, says that, to this day, he has not received compensation in line with the 2016 judgment related to his administrative arrest.

The European Court determines compensation not only to the applicant, whose rights have been violated but also for legal assistance provided to him as well.

Azerbaijan’s representative to the European Court has been sued himself, but...

Lawyer Asabali Mustafayev, who has represented numerous applicants and has won cases in the Strasbourg Court, is unhappy with the state of execution of judgments. He says that there are some judgments, which were made years ago, but the compensation assigned to him has still not been paid.

Mr. Mustafayev has represented almost one-third of all applicants in cases related to Azerbaijan, to be discussed in the Council of Europe Committee of Ministers (30-35 cases). Therefore, the lawyer will send his own written opinion there. Since the Committee of Ministers is the structure overseeing the execution of the European Court judgments, complaints with regards to judgments not executed by the Azerbaijani government are sent there.

Mr. Mustafayev states the following: "When applicants or their representatives fail to inform the Committee of Ministers about judgments, which have not been executed or executed in an incomplete way, incorrect opinions can be formed. The report provided by the government creates an illusion that judgments have been executed. Reports from both sides shall be prepared for an objective and comprehensive grasp of the situation".

He goes on to explain that some applicants, whose judgments have not been executed and/or whose compensations have not been paid, have turned to an alternative legal pathway:they have sued the representative of Azerbaijan in the European Court, Mr. Asgarov: "Unfortunately, we do not have any concrete structure in charge of the execution of European Court judgments based on legal acts. But there are other countries, which have created a special structure and assigned it the proper level of authority. We have the permanent representation of Azerbaijan in the European Court and its chief, Mr.Asgarov. The statute is vague about his functions… A number of times Mr.Asgarov was sued over failure to execute judgments and pay compensation. His name was added as an official and a respondent. But courts usually do not launch proceedings in connection with these complaints and consider it impossible. There are other occasions when the representation as a whole is named as a respondent. But the complaint was not examined in this case either - it was considered impossible to examine them.”

We tried to give Mr. Asgarov, the chief of the sector on work with law-enforcement structures and the permanent representative of Azerbaijan in the European Court of Human Rights, the chance to respond to these allegations. Despite attempts to contact him on numerous occasions, he did not answer the phone.

Intigam Aliyev, the chairman of the Legal Education Society, says that, before, there were no problems with payments of compensation. The main problem in connection with the execution of judgments of the European Court was the lack of will in the government to implement general measures. But in 2017, problems with payments of compensation began: "The government first started paying in installments: then, for about a year, it stopped paying altogether. After numerous complaints, it started paying in installments again. But there are a group of people in the "black notebook" of the government, who do not receive any compensation whatsoever, in full or in installments".

According to Mr. Aliyev, the situation is similar in connection with honorariums for lawyers, who have provided legal assistance to applicants. In late 2017, the government stopped paying honorariums to lawyers, whose names are in the "black notebook": "I have not received the honorariums determined by the European Court from the cases, which I have won. Numerous appeals to the Council of Europe Committee of Ministers in connection with the payment of compensations and honorariums for legal assistance have remained unanswered."

What is the Council of Europe Cabinet of Ministers waiting for?

The human rights defender complains that, just like the Council of Europe itself, the Cabinet of Ministers does not demonstrate a principled position on the issue of enforcing fulfilment of obligations taken by the country: "Unfortunately, the Committee of Ministers does not want to offend our government, and instead shuts its eyes to the issue of payment of compensations, as well as the execution of general measures in connection with European Court judgments".

Perhaps the Azerbaijani government not paying compensation can be explained by financial difficulties? Mr. Aliyev is sure that that is not the case: "The annual amount of compensation determined by the European Court is significantly smaller than the amount allocated by the President for the construction of a road. Recently, a majority of the European Court judgments are related to elections, torture, administrative and criminal arrests, and cases of political imprisonment. In these cases, the victims are lawyers, journalists, politicians, youth activists, human rights defenders, and other politically active people. The government has a plan to keep a certain group of people starving - these people are among them. The European Court compensations disrupt this plan. The government is not interested in its political opponents getting money; 5-10 lawyers, who were disbarred and affected by the abolishing of the representation institute, whose accounts and offices were closed, were denied honorariums from cases taken to Strasbourg. Therefore, it is clear that the government does not want to pay anyone falling into these two groups. Even when it does pay, compensation is made in small installments, fearing that 5-10 active people will receive good money and organize a revolution. The essence of these complicated looking things is actually very simple..."

The human rights defender also says that the history of the European Court has not witnessed any country ignoring its judgments in connection with the payment of compensation on such a grand scale. This creates a very bad image for Azerbaijan and could cause significant problems one day: "... Including, in the eyes of those international financial institutions, whose loans they are seeking more and more. Under such circumstances, the image of a country not fulfilling its obligations gets formed. The Council of Europe and its Committee of Ministers must cease playing their timid and frightened role".