WHY DO THE AZERBAIJANI COURTS NOT ACQUIT? 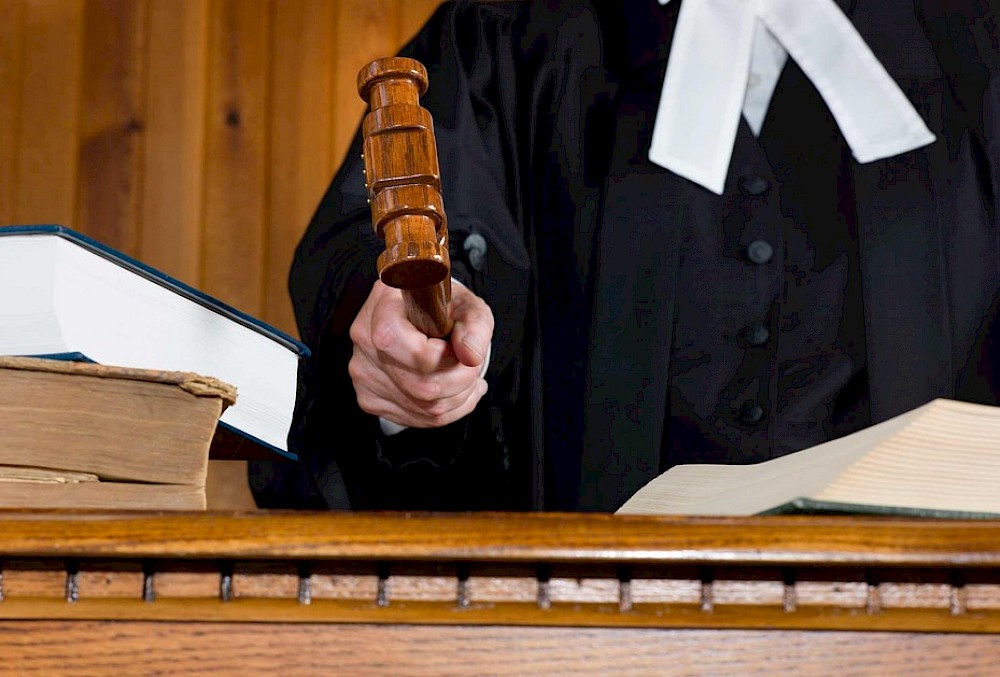 An acquittal is a fundamental right of those who spent a part of their lives behind bars, without committing any crimes. However, the chances of an innocent man being acquitted in an Azerbaijani court are like winning the lottery. The statistics prove that an acquittal verdict is somewhat a miracle in this country.

In comparison with Azerbaijan, these numbers are way higher among the European countries. For example, approximately 20% of all criminal cases examined in the British courts annually, result in an acquittal. In the Netherlands, the subject rate equals 10%. Only in post-soviet countries, which have problems in their judicial systems, such as post-Russia and Belarus, the figures do not differ much from those in Azerbaijan.

A judge with the highest acquittal rate punished

Recently, the statistics of courts with the highest acquittal rates and the names of judges who ruled out these acquittals were published in Azerbaijan. Yasamal District Court topped the list with 34 exonerations, while Narimanov District Court took second place with another 34 acquittals. The Yasamal District Court's judge, Ramin Gurbanov, has the highest acquittal rate. Gurbanov, who is also the president of the Council of Europe European Commission for the Efficiency of Justice (CEPEJ), signed 16 acquittal verdicts. Azer Taghiyev, who has served at the Yasamal District Court for a long time (currently works at Nasimi District Court), comes second in the list. However, the third judge with the highest rate of acquitting verdicts, Zamin Tahirov, has an exciting story. At Guba Regional Court, where he worked as a judge, all 11 acquittal verdicts were associated with his name. It is worth noting that the Judicial Council decided to punish him. Based on the decision made at Council’s meeting on 15 May, Zamin Tahirov was dismissed from his role and appointed to another job.

The innocent are being punished

Europe has a long-established practice of paying 40-90 euros compensation to people found not guilty for each day spent behind bars. In the USA, the federal government suffers millions of losses due to mistakes of this kind. There were occasions when people received quite a considerable amount of compensation for only a week spent in jail. Based on Article 57 of the Azerbaijani Criminal Law of Azer, an acquitted person is also entitled to compensation. Article 58 states that after the caused damage is justified and calculated, the settlement should be fully paid. In reality, acquittal verdicts is a prove of the ineffectiveness of investigations. In Azerbaijan, too, the courts prefer convicting innocent people instead of challenging the Prosecutor’s Office.

A court or a notary?

An English philosopher and statesman Francis Bacon once said that “the consequences of unfair judgments are more severe than the crimes committed by individuals. While the latter may poison small rivers, unfair judgments poison the source of those rivers.” Reminding his words, attorney Javad Javadov says that the acquittal statistics in Azerbaijan is a sign of an unfavorable condition of criminal proceedings in the country. “When approving indictments, the courts are carrying out notary responsibilities. An electronic version of the charge is prepared by investigators and taken to court on a flashcard only to announce the ruling. In neighboring Russia, this practice has been titled as "flash sentences." In such cases, errors and discrepancies in the sentences, sometimes consisting of several sheets of paper, remain untouched, and the arguments of defense, are hardly even being discussed.” Referring to statistics, Javadov says there are even courts, which have never ruled in favor of an acquittal verdict.

For example, Lankaran Grave Crimes Court has never presided over an acquittal. He goes on saying: “it is a general belief among lawyers that a judge who has never ruled in favor of an acquittal is not considered a judge at all. Based on this principle, there are a plethora of Azerbaijani judges who have not confirmed their status yet”.

If there was a Jury Trial

A jury trial is a form of public control over the judiciary. Based on international practices, a jury usually consists of independent, impartial people who have knowledge and experience in a wide range of fields. Typically, the number of jury members does not exceed 12 people who attend the court and decide whether the accused is guilty or not. Some experts believe that the absence of jury trials is one of the factors leading to a small number of acquittals in Azerbaijan.

The jury trial was first introduced in Azerbaijan after the judiciary reforms in 2000 and was stipulated in the legislation. However, after not being applied for 14 years, the parliament repealed the norm on jury trials from the “Law on Courts and Judges," based on a request submitted by the Supreme Court and the Prosecutor General's Office.

Attorney Yalchin Imanov believes that even if the jury trial is applied, it will not affect the negative outcome. He says, taking into account the realities in Azerbaijan, it would be hard to find decent and impartial people who would serve as a jury without switching their position in exchange for something else. Imanov thinks that the small number of acquittals in Azerbaijan is an indicator of the absence quality and efficiency of a fair trial. He goes on saying that although he has defended the rights of many who were persecuted without committing any crime, so far, he has managed to obtain acquittal only in one case (only concerning one item). “When courts de facto, turn into a supplement, namely of a Prosecutor’s Office, one should not expect a different outcome. It is a delusion to expect effective and comprehensive judicial investigations in Azerbaijan. If you look at the paperwork from the court judgments, you will find that the vast majority of them replicated word for word from the indictment, including punctuations and even grammatical mistakes. In the majority of cases, judges try to exonerate the evidence of the Prosecutor’s Office and reject motions from the defense, crucial for the case. There is no hope for fairness while equity of individuals and the principle of the debate aren't upheld.” When it comes to a small number of acquittals ruled out in Azerbaijan, Imanov believes this is nothing but pulling the wool over the eyes.

The representatives of the Azerbaijani government insist that the courts are independent and are not subject to any kind of pressure. As a general rule, the claims about the dependence of courts from the executive, especially from the Prosecutor’s Office, political orders, and rulings, are being rejected. The officials claim that these sorts of statements are biased.