29.10.2018 / The importance of enlightenment traditions in Azerbaijan 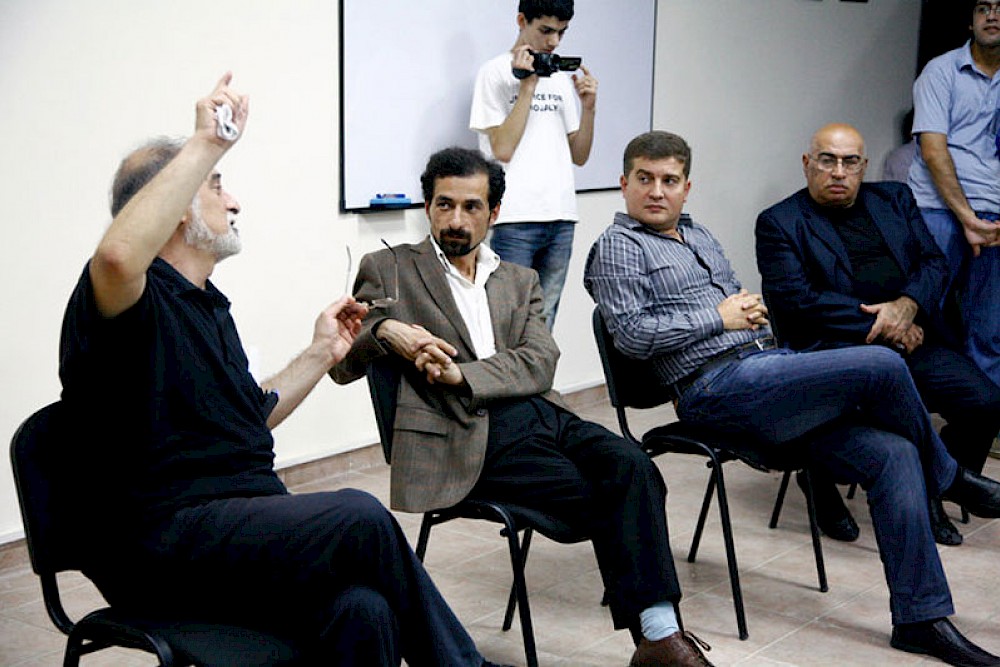 In his “Pedagogy of Oppressed”, Paulo Freire describes the human act that changes the perception of the world and reality into a combination of thoughts and actions. According to him, an individual first grasps the reality that surrounds him, then reflects on it, and finally creates an action out of it. Freire calls this process “praxis” (reflection + action). For him, human action is comprised of theory and practice. The lack of either one is a major deficit for a revolutionary change, the radical and structural transformation of reality. Praxis that is deprived of action is blabbering, and praxis without deep thought and understanding, in its negative sense, is activism. That is, acting for the sake of acting and making purposeless movements without proper theoretical and critical reflection makes it hard to establish a dialogue in such an environment.

The actions carried out by social movements for democratic change is essentially praxis - or at least it should be. A social movement creates awareness in the individual and enlightens him or her. At the same time, an individual becomes active, organized, and mobilized, bringing his or her positive persona into participation.

Naturally, it is not always possible to carry out certain types of movements, due to existing social and political conditions. In such cases, the formation of a strategic and critical thinking that can stimulate further actions is considered to be a full-fledged praxis, as described by Freire.

In short, socio-political movements for change are also public praxis, containing elements of enlightenment (different types of citizens’ education) and activism (organization, protests, and mobilization) in itself. It is interesting how these two paths, being somehow linked but also at times difficult to distinguish from one another, have actually clashed instead of complementing each other in the Azerbaijani public sphere. The question is, how did activism attempt to strangle enlightenment?

From politics to activism: Targeted intellectualism

During the 2011-2013 protests, there was a strange fragmentation in Azerbaijan’s public arena: activism versus enlightenment. I cannot claim that the activists were against enlighteners because it was so difficult to draw a clear line between the activists and them. Although many enlighteners were still under the influence of the old-fashioned politicization process, some were still, overtly or covertly, in support of the 2011-2013 activism and protests, which were the logical continuation of the politicization process. Opposition-oriented politicization in Azerbaijan, which truly stepped over the borders of political parties while covering other public actors, began with the formation of a democratic movement in the mid-1990s. The politicization reached its peak during the 2003 presidential elections and the 2005 parliamentary elections (check for more). At that point, many NGOs, student movements, and clubs, as well as some journalists and members of the intellectual community, became part of the movement - politicized, and even participated. The murder of Elmar Huseynov in 2005 further aggravated these processes, deepened the hatred towards the regime, and further expanded the scope of politicization. Even those writers, artists, and journalists who had previously been uncertain in their position started navigating towards political activism and harsh criticism. In 2005, followed by repressions, protests, and rallies, an era of the long-lasting recess began.

The period between 2005-2011 became a great opportunity for a new generation of enlighteners. Newly emerging or pre-existing organizations and movements started calling themselves educators. They built their activities in this direction and tried to survive and bring social benefits to the public, while also avoiding the harsh criticism of the regime. It is possible, to sum up, that it was a historical period between the educated discourse of youth trying to avoid politics and political parties, and dominating politicized enlighteners discourse influenced by the 2003-2005 events - which in most cases were clashing. In many cases, the politically charged group targeted the other, accusing them of cowardice.

With the new wave of activism, protests, and rallies in 2011-2013, the politically motivated group became even stronger, attempting to humiliate the group that was avoiding politics by calling them "party enlighteners". Yes, politicized intellectuals and their moral supporters started targeting enlightenment. Just to clarify, nobody was denying enlightenment as a principle, they simply did not see it as an effective tool for fighting the regime. In one of the workshops of the Free Thought University (AFU), the speaker I do not remember the name of, asked such a question: what is the best way to achieve democratic change in Azerbaijan?

The majority of the people were in favor of the revolution. Perhaps, I also had my hand up. Youth, euphoria, and activism...The new wave of activism, protests, and rallies in 2011-2013 have brought politicization to the stage of activism. Not only were those who did not express harsh political criticism ostracized, but also those who did not come to rallies. And those who were choosing a safer engagement like enlightenment were subject to harsh criticism. Those critics were mostly youth branches of political parties and members of N!DA Youth Movement and those subject to criticism were mostly the Dalga and the OL youth movement and active youth engaged in their projects.
This mood broke down after the civil society crisis in 2013. The passionate revolutionary spirit of activism was dissolved in imprisonment, while civil society was scattered. People fled (emigration and online activism and enlightenment are the subjects of another post) their homes. And the strangest thing is, that as activism began to disappear, it took its long-targeted rival, enlightenment, with it. Large intellectual projects ended, either due to a lack of resources or political pressure. Many organizations also stopped their activities for the same reason.

Looking back, one can see that the biggest blow to the public sector came more from the public's disbelief in enlightenment and their own confusion about it, rather than from the regime’s political pressure. We seem to have been quite incompetent when it came to matters of enlightenment. In his famous book, Freire says that some people dreaming of change with a positive attitude, but on the wrong quest may have doubts about enlightenment. Almost every moment of history we have faced this. These people claim that enlightenment is long, tedious, and sometimes ineffective. Therefore, political power must be attained first, and only then can enlightenment and free education be made available to society in a radical way. According to Freire, this fast-track misdemeanor is very dangerous. This is a one-sided look at change, without a deeper understanding of its essence. The purpose of the change is not to seize power, but rather to organize a cultural revolution. Therefore, there is no timeframe such as "before" and "after" for obtaining power, because the goal is to root out social tyranny and injustice, along with the mentality that causes them. Cultural change does not belong to any stage of the revolution; rather, it is the revolution itself. Therefore, it is present in all stages of the process.

The importance of enlightenment culture

The majority of previous enlightenment schools and organizations in Azerbaijan either do not exist anymore or have ceased to have any meaningful function. None of the projects, like AN (Alumni Network), OL, Dalğa, and Müsbət Dəyişiklik, exist anymore. Nor do philosophical or socio-political projects like “Demokratiya Məktəbi”, and “Azad Fikir Universiteti” remain. They were all schools with great value. Naturally, there are some ongoing projects and efforts made. Alas, they lack either the capacity or popularity to influence public discourse. Perhaps the extreme overclocking of the system does not allow a satisfactory number of projects to emerge. Enlightenment has also changed. Forming a critical opinion by reading classics like Akhundov, Zardabi, and Mirza Jalil is not enough. Perhaps this would be just an introduction to enlightenment. Enlightenment has become a training method, a special project with a toolkit comprised of different disciplines like civic education, political education, democracy education, gender education, and peacebuilding, which is also a formal and non-formal education with its own pedagogy.

Some of the new educational institutions were able to skilfully employ these elements and found success. But unfortunately, the political parties and political movements claiming to support change were either too far away or unable to use them. Their path to activism remains long. The greatest lesson of the Grand Closure is that, no matter what happens, whatever the politicians say or activists do, the intelligence community should never divert from their mission and sacrifice enlightenment for political expediency. Political events are often periodic and temporary, but the target of enlightenment is far-reaching and long-term. Enlightenment schools should be able to maintain an effective image and create traditions for decades in order to achieve a cultural change. There is no shortcut to changing society.

Freire notes that "it is logical to say that oppression is the persecution and destruction of one by another. However, we cannot say that the revolution is about one individual freeing the other or even himself. Revolution is a mutual liberation and salvation of people living together. "

For Freire, a radical change occurs as a result of interpersonal relations, free communication and dialogue, and free education. Now, , one dreams to wake up tomorrow to see the former educational organizations, like AN, Wave, AL, and Positive Change, resume their activities with the new generation, forming new ideological schools like liberal, feminist, green, left, republican, nationalist and so on, alongside the old schools One dreams to wake up to see that we have begun to think and change each other again.