WHAT HAVE WE DONE TO REDUCE SOCIAL INEQUALITY? 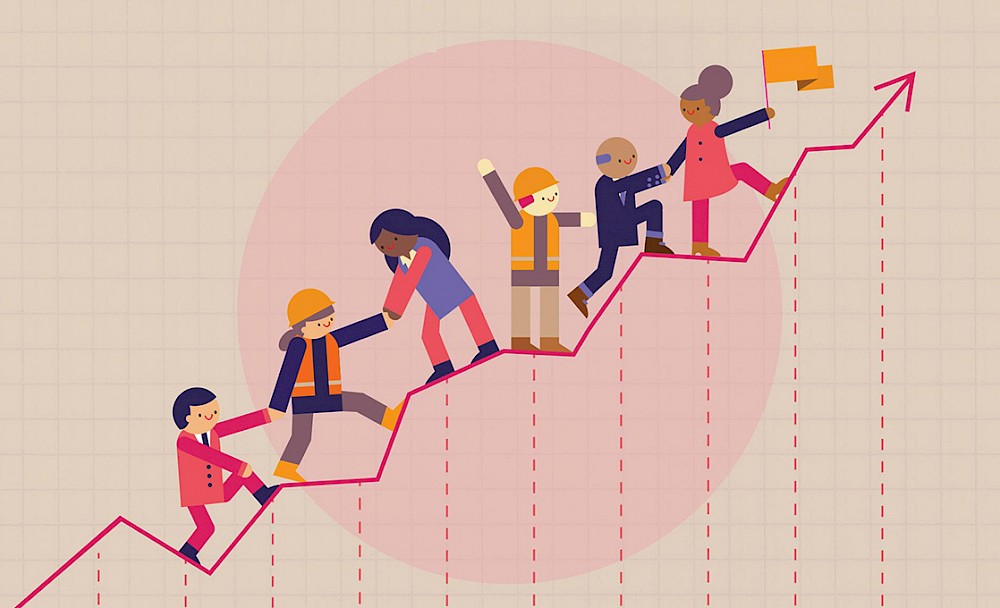 Eliminating social inequality is a commitment of the state, both to its citizens and the international community. Article 16 of the Constitution of Azerbaijan, entitled “Social Development and the State”, reads: “The State of Azerbaijan ensures the improvement in the welfare of the people and every citizen, their social protection, and the provision of a decent standard of living”. In addition, by joining the initiative of the UN’s Sustainable Development Goals (SDG), Azerbaijan accepted the obligation to eliminate social inequality on an international level. It is impossible to eliminate poverty and achieve inclusive economic growth without reducing the social and economic gaps between the rich and poor in the country.

In 2017, two organizations, Development Finance International (DFI) and Oxfam, produced the first index assessing the efforts of governments in reducing inequality. The Commitment to Reducing Inequality Index assesses the implementation of the commitment of the countries to eliminate social inequality by evaluating policies on social expenditure, taxes, and labor rights in 157 countries.

Azerbaijan is behind everyone in the South Caucasus

Azerbaijan was ranked 116th out of 157 countries on the Commitment to Reducing Inequality Index, 2018. This is a very low indicator in comparison with other South Caucasus and Central Asian countries. Let's have a closer look at the key indicators of the index and the performance of Azerbaijan on those indicators.

In Azerbaijan, all social expenditures typically total about 30% of the total budget (for example, 27.3% in 2017). In 2017, education spending amounted to 10% of the budget, and 2.5% of GDP. Until 2015, Azerbaijan allocated only about 6-7% of its public funds to education. Average spending on education in OECD countries is 13% higher than in Azerbaijan and 5% higher in comparison to GDP. If we look at neighboring countries, in Armenia, 10% of the central budget and about 3% of GDP are allocated to social investment. In Georgia, 3-4% of GDP and 12-13% of the overall budget is allocated to education. Spending on health in Azerbaijan is about 4% of the government budget and 1.3% of GDP, while in Armenia, Georgia, and the OECD countries overall, these expenditures add up to about 6-7%, 8-10%, and 17-18%, respectively. In total, social welfare spending amounts to 13% of the government budget.

The Gini Index, which measures income inequality, last released a report on Azerbaijan in 2005. At that time, Azerbaijan’s coefficient was 0.16 (having fallen from 0.36 in 2001). However, this figure does not reflect objective inequality between different population groups.

One of the key tools for reducing inequality is the progressive taxation of corporations and richest individuals through higher taxes. The purpose of collecting taxes is to redistribute public resources and fund the provision of public services. However, malicious tax practices weaken countries' ability to generate progressive tax revenues by making the payment of taxes more difficult and creating opportunities for tax evasion. A progressive taxation system is characterized by increased tax rates on higher incomes. But in countries where there are institutional problems, the amount of taxes collected are usually less than the potential tax revenue capacity.

Azerbaijan is rated 70th out of 157 countries in the ranking on tax policy. Although these are better results than Kazakhstan and Russia, it is below Armenia and Georgia. The share of the living wage in Azerbaijan, up to 173 AZN minimum wage, is exempt from taxation. In 2018, a 173 AZN segment of those who are earning up to 2,500 AZN per month is exempt from income tax. Given that the GDP per capita is around 6650 AZN in January-October 2018, the ratio of the maximum amount that is exempt from income tax to GDP per capita is 2.6%.
Table 2. The current rate of income tax (2018)

However, as of January 1, 2019, there are some exceptions to these regulations. Contractors earning up to 8,000 AZN per month and haven’t worked in the oil and gas sector for 7 years, as well as those who work in non-state sectors, are 100% exempt from income tax. When monthly income exceeds 8,000 AZN, then the rate of income tax drops from 25% to 14%. At the same time, for contractors in all sectors, the amount exempt from taxes increases from 173 AZN to 200 AZN. These steps or reforms may have important effects, including the reduction of tax burdens and rates of informal employment. However, its effect on social-economic inequality hasn’t been studied yet and, from an economic perspective, is disputed.

In the process of progressive taxation, not only individuals' income tax, but also corporate income tax, VAT, social insurance payments, customs duties, and excise taxes should lead to a reduction in income inequality and, consequently, a decline in the Gini coefficient. In general, progressive taxation is a positive policy practice. However, the effect of this mechanism is stronger when it is used for progressive social expenditure from the state budget and without any risk of corruption.

Payment of higher wages to working people, especially to women, is crucial to reducing inequality. Governments can have a direct impact on a country's status by setting minimum wages and increasing the average wage. However, trade unions have had little influence in recent times, which has led to an increase in inequality, with women being disproportionately represented in low-paid jobs.

One of the factors that can help to eliminate inequality is the unity of working people. Workers can achieve a lot by consolidating their power through trade unions. Gender equality in the workplace can also reduce overall inequality. Powerful labor rules can help women to achieve equal rights in the workplace and prevent exploitative practices. It can also be said that the minimum wage has a major impact on reducing inequality.

In order to assess the level of inequality, the minimum wage can be compared to the segment of the population (10%) earning the highest income, to the median income in the country, and to the GDP per capita.

Azerbaijan ranks 100th out of 157 countries in the ranking of labor rights and salaries of the index, with only Georgia holding a lower rank. The ratio of the minimum wage in Azerbaijan to GDP per capita is only 2% (130 AZN from January 1, 2018). The ratio of the median income (220 AZN) to GDP per capita is 3.3%. Information on the income of the highest earners (about 500 manat a month) is not valid.
According to the State Statistics Committee's data from 2017, the per-capita income of individuals and households in rural areas is three times less than in urban areas. According to the Millennium Development Goals indicators, the share of the poorest 20% of the population in national income and consumption decreased from 17.3% in 2008 to 15.4% in 2015. Women make up 40% of the working population in Azerbaijan, about 70% of the economically inactive population, and the majority (52%) of the unemployed in urban areas. In other words, the existence of gender-based inequality and inequality in wages is a reality that is acknowledged by the authorities. According to the Commitment to Reducing Inequality Index, the solution is the application of a progressive tax code, an increase in social expenditures and their effectiveness, and a rise in the average monthly and minimum wages of all gender groups.