WEALTH CONFLICT MAY HAVE CAUSED AN ATTACK ON ELMAR VALIYEV

31.07.2018 / Valiyev brothers’ business network, sphere of influence, and privileges granted by the government 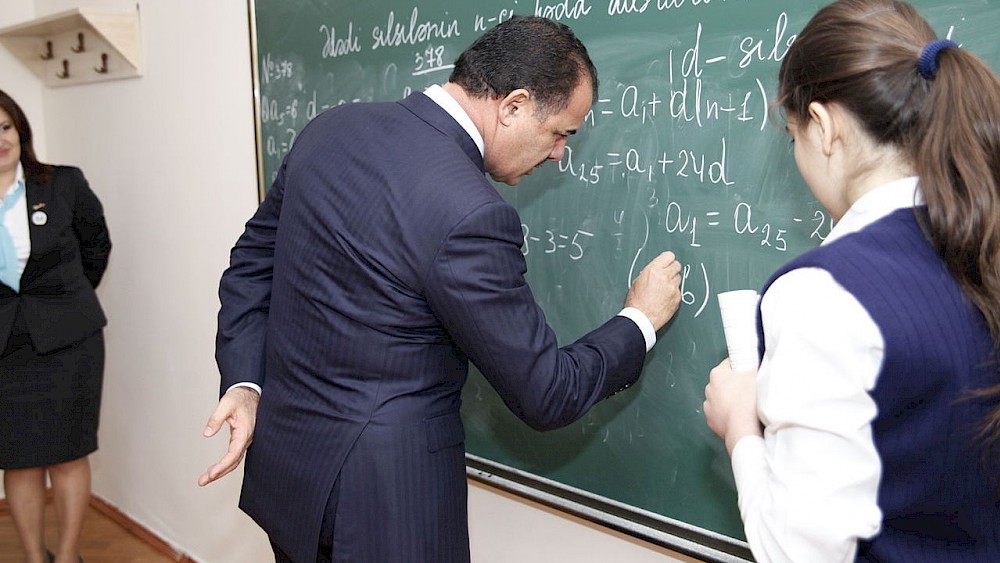 There were various comments made by wide range of parties concerning possible motives for the armed assault on Ganja's chief executive Elmar Veliyev in July . There is also one important point, disregarded by many , which might be another possible reason for Yunis Safarov to reach for a gun and which, perhaps, should be brought to the attention of law enforcement and the chief executives' close relatives.

It could also be possible that the actual aim of the attack was to weaken the influence of the governor and his wingmen. The great concern with which Elmar Valiyev's brothers, who are represented in business and also in different areas of government, were reacting just hours after the incident, could probably be explained by this assumption.

Recent years have brought to the five Valiyev brothers both great wealth and growing influence. They possess numerous businesses in Ganja, Yevlakh, Mingachevir, and Baku. Moreover, their business activities have spread outside the country, extending into Russia and Turkey. They are represented in various fields, such as production of oil and gas equipment, building materials, construction, and real estate, just to name a few.

Khanlar Valiyev, the second oldest brother, is an Azerbaijani military prosecutor. There is no information on personal business of the 63 year-old lieutenant-general. However, he is known to be a patron of the brothers. His daughter, Tomris, works under the Azerbaijani president at the Center for Strategic Studies. His wife, Dilbazi Valiyeva, is a chief doctor at Polyclinic Number 3 in Baku.

The most distinguished of brothers in terms of his business portfolio diversity is Shahmar Valiyev. He has benefited greatly from the privatization of state property. Control package of shares of "Azneftmash" JSC and “Yevlax-Mərkəzi Bazar”JSC in Mingachevir, as well as “Bakı Mexanikləşdirmə-1” JSC in Baku, are owned jointly by him and his son, Ruslan. The opening ceremony of a 5000-seat stadium in Yevlakh, which was attended by President Ilham Aliyeva;sports club "Karvan" is on the list of his assets, as well. In 2012, Shahmar Veliyev strengthened his position by becoming relatives with Beyler Eyyubov, the head of the security service of President Ilham Aliyev.

His son, Ruslan Veliyev, is the majority shareholder of "Bakı Mexanikləşdirmə-1" JSC - the assets of which are estimated at around $10 million - as well as a few other smaller companies. According to the state register, these are as follows: “R. Avadanlıq və Material Ehtiyatları” OJSC, which was established in 2006; "Independent" LLC (2001); and the "Baku Mexanikləşdirmə-1" Housing Co-operative (2017).

In 2016, "Azneftemash" OJSC, which specializes in engineering and oil-gas industry equipment manufacturing, was announced as the winner of a tender conducted by “Meliorasiya və Su Təsərrüfatı” OJSC. The tender included the improvement of the water supply of the irrigated lands of Shabran, Siyazan, and Khizi regions, and also the operation of construction works in the newly irrigated areas. Two years have passed since the contract was awarded; so far, no report on the work done on the project has been submitted. It is only known that the amount of resources that Shahmar Valiyev's company, "Azneftemash" OJSC, received for the reconstruction works of Samur-Absheron's irrigation systems amounts to 228.4 million AZN.

The 12-storey "Rusel Plaza", located in Baku’s Khatai district, also belongs to Shahmar Valiev. It is the home of the "Rusel" company, operating since 1994, as well as a housing cooperative under the same name, rgw "Rusel Catering" company, and "Happy Babies" kindergarten.

Last year, Shahmar Veliyev started to invest in the resort business in the North Caucasus. During the Azerbaijani-Russian inter-regional cooperation meeting, held in October in the Stavropol region, an agreement was signed by the president of "Azneftemash" OJSC and Kislovodsk city administration, with the intent to construct a resort which is to be called "Rusel". The businessman plans to invest 2 billion Russian rubles (about 53 million AZN) in the given project, which is scheduled to start this year. According to the project, which is planned to be completed by 2021, the sanatorium will have the capacity to host 420 guests at the same time.

One of the brothers, Shahlar Valiyev, is the head of the Yevlakh city Telecommunication Junction, and also a board member of The New Azerbaijan Party's Yevlakh city organization. He is also a chairman of the board of “Yevlax Kimyəvi Təmizləmə” OJSC, created as a result of privatization. According to the state Veterinary Service reports, Shahlar Veliyev is a large landowner; his agricultural enterprise is engaged in cattle breeding and cotton farming in the village of Aghgirag Yevlakh. His son, Elshad Valiev, works in the legal department of Yevlakh city Executive Power. The other son (Elgun Valiev) is an officer in the Ganja city police department.

His 38-year-old son, Elnur Valiyev, also owns businesses. In 2013, he established the company "Elva İnşaat Turizm Gida İhracat İthalat Sanayi ve Ticaret Limited" in Turkey, and the following year opened a branch office in Baku. In December 2013, "Elva Group" LLC was also foundedby him. Information on the company website reports that it specializes in furniture manufacturing, as well as hotel decoration works in Azerbaijan and Ukraine.

Elva Hospital, Teatro Boutique Hotel, Teatro Rooms Hotel, and several other restaurants and cafes in Baku (Elvet Steakhouse, Elba Seafood, Baku Tea House, etc.) belong to him. Another "Elvet" restaurant is under construction in the city of Gabala.

Elmar Veliyev's son, Elmir Valiyev, is a head of the Administrative legislation section of the Milli Majlis' Administrative and Military legislation department. Nevertheless, he has no hesitation in testing himself in the business arena. In 2011, Elmir founded "Luckoil" LLC in Yevlakh and still holds the position of director of this company. In addition, he is also a head of the professional football club "Kapaz".

In 2015, Elmar Valiyev became relatives with Karam Hasanov, the chairman of the State Property Issues Committee. This relationship has played a vital role in Valiyevs' wealth accumulation. It is the investigation's job to reveal those behind the assassination attempt on Elmar Veliyev.

Interestingly enough, despite the considerable time that has passed since the assassination attempt, President Ilham Aliyev seems not be in hurry to appoint a new chief in Ganja. This factor may be assessed as a sign of his special trust in theValiyevs.