ASSETS OF THE PRESIDENT’S DAUGHTERS WORTH BILLIONS OF DOLLARS

05.04.2019 / Ownership of Pasha Holding is divided equally between Leyla Aliyeva and Arzu Aliyeva 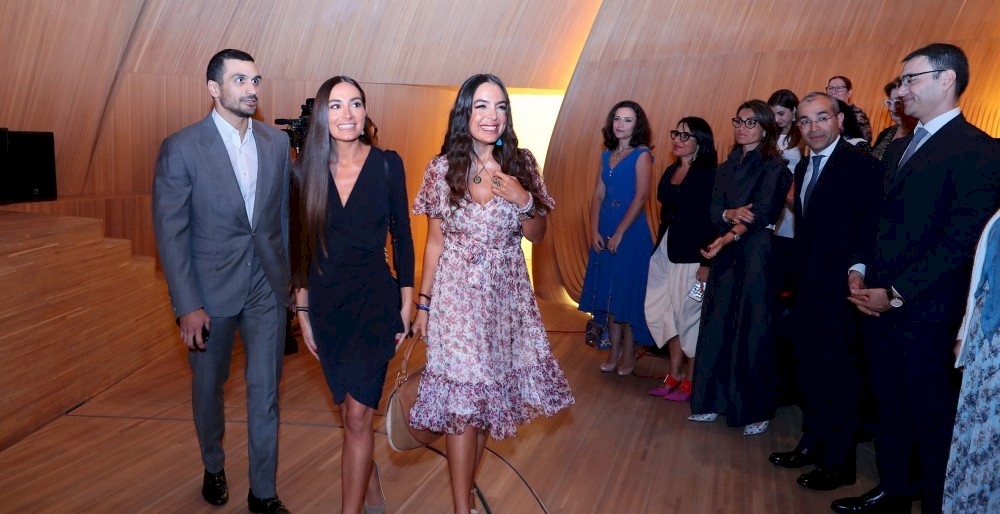 With banking, insurance, real estate, construction, tourism, and hotel businesses amongst just a part of its assets, Pasha Holding is among the largest investors in the country for these sectors. It manages billions of dollars’ worth of assets, both in Azerbaijan and abroad. The owners of the Holding are none other than Leyla and Arzu Aliyeva, the daughters of President Ilham Aliyev. Pasha Holding’s ownership was passed down from Arif Pashayev, the father of the President’s wife former Vice President Mehriban Aliyeva - a fact which has been known since 2014. However, it was only recently discovered, through which companies daughters were able to get the ownership of the holding.
Information on Pasha Holding, Ltd. in the state register on commercial organizations of Azerbaijan is not currently accessible. The Ministry of Taxes keeps this information (including data on the company’s capital, director, and date of establishment) closed, even though the law clearly states that it should be made available. The corporate website of the Holding, as well as other sources, shows that it was established in November 2006, and its director is Mir Jamal Pashayev. Neither the identities of the founders nor the shareholders of the holding are disclosed in any domestic sources; however, they are available in Turkey, where such reports are required to be more transparent.

Sources in Turkey mention Leyla and Arzu Aliyeva
The PASHA Yatırım Bankası A.Ş’s 6-month report mentions the names of its owners (https://goo.gl/C7c765). Information in the Bank’s annual report has not changed, either.
According to a decision made in May of the previous year, Pasha Bank OJSC’s subsidiary bank in Turkey increased its capital from 254 million to 500 million liras. In June of the same year, Pasha Holding Ltd. paid 245 million liras to acquire 49% of the shares in this bank.

According to the report https://goo.gl/jqYnEU, Arif Pashayev still holds 10% of shares in the main bank. Overall, shares in Pasha Holding are divided equally between two Azerbaijani companies: Reveri Ltd. and Bless Ltd. Unfortunately, since official sources in Azerbaijan do not provide any information on these companies, the dates of the company’s establishment and the purchase of Pasha Holding Ltd.’s shares are unknown.

The Public Informing Platform (www.kap.org.tr/) of Turkey provides detailed information regarding the amount of capital amount and the identity of the owners of these two companies, along with Pasha Holding Ltd. and Ador Ltd.
Founders of Pasha Bank are offshores

Pasha Bank OJSC was established in 2007. At that time, all available information sources claimed that the main founder of the bank is Pasha Holding Ltd. In actuality, this was not the case; some pertinent information came out recently, when the bank updated its corporate website, posting its annual reports covering its whole operation period. It was revealed that Pasha Holding “came” to Pasha Bank only in 2008.

In November 2007, Pasha Bank, which entered the financial market of Azerbaijan by buying a bank license, was actually owned by offshore investors. Approximately 90% of the Bank shares, worth some 10 million AZN, was divided between three companies (GLASGOW INVESTMENTS LTD, SELMER INVESTMENTS LTD, and GUSTING CONSULTING CORP.). A year later, the bank’s capital reached 100 million AZN and its shareholders changed.
In 2008 the current shareholders took ownership of the bank’s shares (Pasha Holding Ltd. and Ador Ltd.). But the reports show that, in both cases, the same person controlled the bank – Arif Pashayev. In other words, A. Pashayev was also the owner of these companies. In 2013, A. Pashayev transferred his shares in the Holding to Leyla and Arzu Aliyeva as a gift. Currently, Pasha Bank’s paid shareholder capital amounts to 333 million AZN.

The official documents state that Pasha Holding is a shareholder in a number of companies. Its share percentage in Pasha Sigorta, Pasha Hayat Sigorta, Absheron Hotel Group, and Pasha Development companies is 100%; in Pasha Bank, Pasha Inshaat and Pasha Travel, its share is 60%; and in Kapital Bank, 99.87%. According to investigations by independent journalists, the Holding currently controls over 100 companies and real estate ventures.