WATER CAN BE SUPPLIED TO PEOPLE FOR “THE PRICE OF WATER” 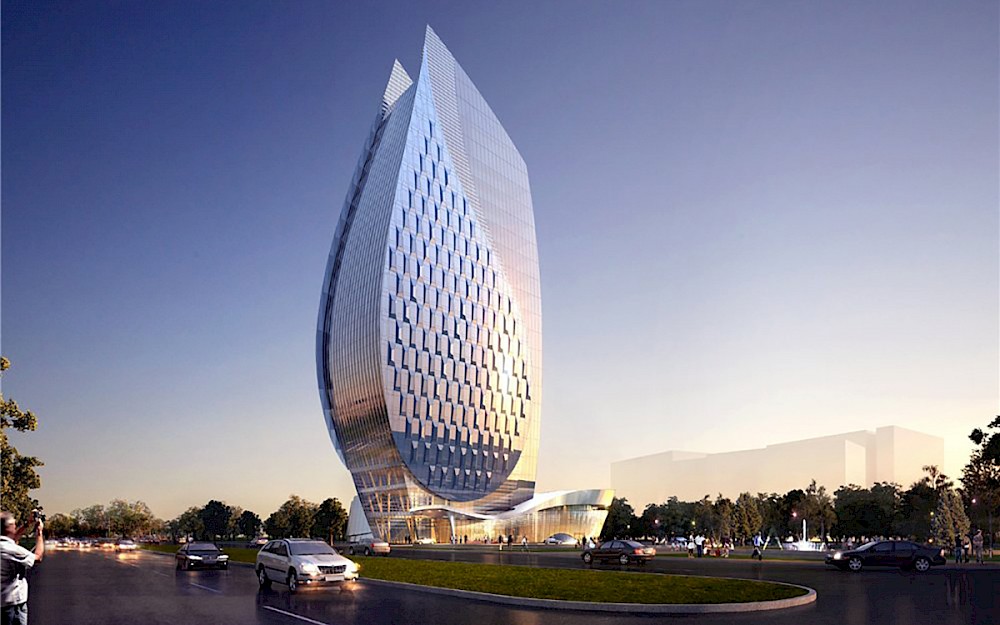 Only one organization - Azersu Open Joint-Stock Company (OJSC) - deals with the water supply in Azerbaijan. Despite being an OJSC, the company is 100% owned by the state and all major water supply departments in the country are subordinate to Azersu. Even though the internal structure is complicated and often changes, Azersu publishes reports every year, unlike other state companies. While it is true that these reports are sometimes published after an auditor without a review, these reports provide a vital window into the activities of Azersu OJSC.

The many departments that are subordinate to Azersu include: the Baku, Sumgayit, and Absheron Sukanal departments; the Oghuz-Gabala-Baku, Kura, Jeyranbatan Khachmaz, Sangachal, and H. Z. Tagiyev water supply departments; the Transportation and Special Technical Department; the Central Laboratory of the Sutikinti Venture; the Production-Technical Consolidation Department; the United Sukanal Limited Liability Company; the Goychay and Aghdash Sukanal Joint Stock Companies; and the Sukanal Scientific-Research and Project Institute.

The 2016 report begins with an interesting point. The auditors indicated that “the company has historically operated at a loss, and negative cash flow in operations has been observed.” Therefore, the company has developed a Master Plan for the repair of existing facilities and the construction of new infrastructure projects. But where does the company source its funds for these projects?

Azersu does generate some revenue, with the main source being the sale of water to the population. Water tariffs have changed three times in the past 10 years, increasing two of those times, while wastewater discharge fees have increased 5 times. Usually, utility companies complain that consumers do not pay on time. However, at present, Azersu's rate of utility payment collection stands at 91%. Despite this, the company is still operating at a loss. According to the reports, the net loss per year sometimes exceeds 600 million manats.

How does a company continue to operate without making a profit?

According to the 2016 report, the state provides comprehensive assistance to Azersu OJSC for all of its expenses, not just current investment projects. For example, on October 26, 2017, 15 million AZN was allocated to Azersu for supplying consumers with water metering devices mandated by the presidential order.

The construction of new water pipelines, the supplying the regions with potable water, and other operations are, of course, costly. However, none of these operations are implemented by Azersu OJSC’s own finances. Many large projects are not included in the financial statements of "Azersu" OJSC. For example, the Oguz-Gabala-Baku water pipeline was directly funded by the State Oil Fund (with a total cost of 779.6 million AZN). Infrastructure projects are financed by companies, either government funds or international financial institutions. The state, as a shareholder, also invests additional capital in the company's equity. For example, by the end of 2017, the total volume of public investments was 3.9 billion manat. Compared to the beginning of 2017, this is an increase of 800 million AZN.

In many regions of Azerbaijan, drinking water is supplied either partially or not at all. For example, Shamakhi has only recently been supplied with drinking water. 3.54 million manats have been allocated from the state budget towards the reconstruction of water supply and sewage systems in the Pirekeshkul and Gobustan villages of the Absheron region, as well as the May 28 district of the Binagadi region. Water and sewage lines are still being installed in some districts of Ganja, the second largest city in the country. Among the big cities, Mingachevir faces the same issue. Irrigation problems still remain in big regions, for which the State allocated 8 million AZN to improve in the Hajigabul, Shamakhi, and Zardab regions.

The state also helps Azersu OJSC to pay for its liabilities. In addition, many loan agreements of the company are taken on by the state and are not reflected on the balance sheet of the company.

The state writes, the state erases

Most of the obligations of Azersu OJSC in 2016 were related to the International Bank of Azerbaijan (IBA), the World Bank, and the Ministry of Finance (commitments to the IBA and the Ministry of Finance amounted to 60%). However, according to the results from 2017, the situation has completely changed. Debts owed to IBA have dropped to zero. It is clear that the state has assisted them, with all the commitments being either transferred over to “Agrarkredit” CJSC or executed in a different way. The main creditors at present are the Finance Ministry (71.5 million), German KfW (52.6 million), French Natixis (46.6 million), and the World Bank (36.7 million AZN).

Table 2. The structure of public investments in "Azersu" OJSC, in AZN

It turns out that Azersu OJSC has received about 4 billion AZN from the state over the last few years. A small portion of this amount is considered to be non-financial assets. The rest is invested in the company via the state budget. It should be noted that, in general, the calculation of some indicators in the financial statements of Azersu JSC is problematic. That is, in both the 2016 and 2017 reports, the figures for the previous year were calculated again. For example, “investments in the form of non-financial assets” for the year 2016 was reported again as 38.2 million AZN in the 2017 report. So, while analyzing all the details, we see that Azersu OJSC is a state-owned company, completely dependent on the state. The state invests in the company at its own expense and secures the loans from international financial institutions for the company as a guarantor. Given the fact that the revenue generated from sales does not really have any effect on the company’s operations, especially when considering that the company consistently operates at a loss, then the state should be able to supply water to the entire population at low or no cost to the consumer. Azerbaijan's drinking water resources are limited to 27 km3 (61.5 km3 in Georgia), decreasing to 20-21 km3 in dry years. Despite all this, the potable water supply in the country is not evenly distributed.

There is also an issue in the country with pollution of fresh water. The Kura and Araz rivers, which are considered the main water sources in Azerbaijan, are exposed to various forms of contamination before they flow into the country. Sewage water is discharged directly into the Caspian Sea. All of this aside, half of the drinking water does not even reach consumers. According to the "Strategic Roadmap for the Development of Communal Services in the Republic of Azerbaijan", the level of water loss during transit from the first source to the end consumer was 52% in 2015. Losses during household water distribution are estimated at about 30-32% (compared to 12% in Turkey and 4% in Germany). Underground water lakes are forming under Baku, as the pipes are outdated and badly in need of repair and replacement.