СURSE OF A CLOSED SYSTEM: WAITING FOR SERENDIPITOUS CHANGE 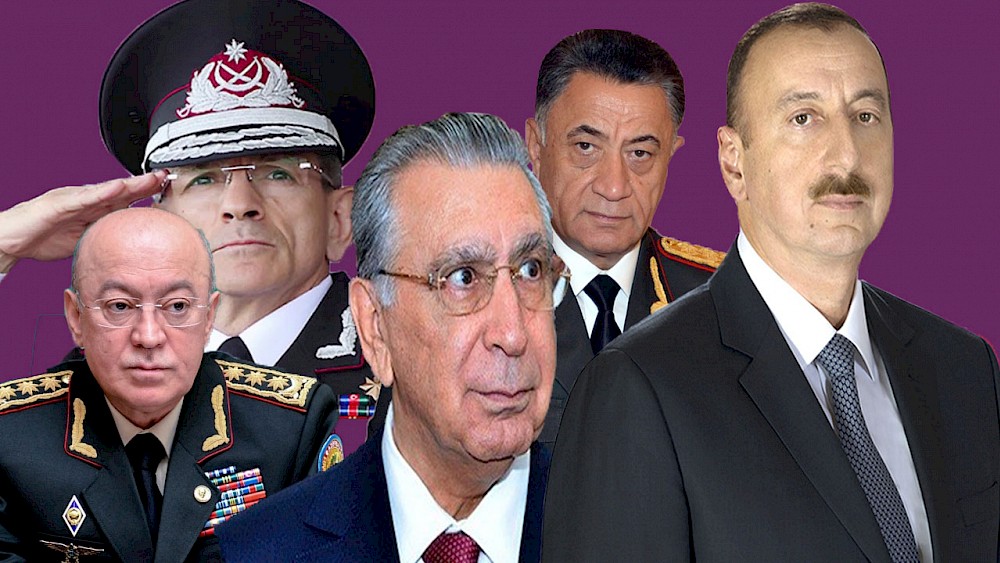 There is a dilemma that liberalization in closed systems does not happen from within, but also, since there is no strong opposition, those weak attempts to pressure the regime from within only further strengthen it. The imbalance of power between the opposition and those who govern is so deep that it seems more comfortable and more attractive to use that power than to develop alternative methods for democratic governance. It is the curse of the closed system that any social happening or political activity only serves to close it more; when there is an inability to act against it, this inactivity renders it more robust. And everyone gets a share of the curse.

In Azerbaijan, the mass protests of 2003-2005 were followed by a period of political stagnation period, punctuated only by demonstrations in 2011-13. What happened was not strong enough to change the regime. The protests were suppressed and eventually, the system closed the doors even more tightly. It did not merely end with traditional state violence; legislative amendments were made, and the country walked away from its democratic essence. Public places which helped to contribute to the formation of the public sphere and social consciousness were closed down, and their sources of existence were drained. Everything was taken under control, including political protests, and, thus the notion of the "authorized demonstration" was coined by the closed system.

Protests against a closed system

The research on protests in China shows that the number of participants increased gradually, from 10 thousand in 1994 to 80 thousand in 2008 to 180 thousand people in 2010. Despite the capability of the regime to wipe out the protests easily and immediately, it preferred not to do so. It is argued that a well-established closed system by creating conditions for small-scale protests, in fact, enhances its stability. Thus, it can identify and study the internal dynamics of dissatisfied groups and their power sources, and thereby take control of their driving forces. As a result, disgruntled groups are isolated before they turn into a revolutionary force; necessary actions are taken to spot a potential movement for future. This kind of small-scale movements are part of the regulatory mechanism of a closed system, which ensures its stability (Lorentzen, 2013)

In Azerbaijan, the measures implemented against authorized demonstrations suggest that those protests come with a considerable cost for their organizers. The regime can use them as its control mechanism. That is why the long-time organizers of such meetings, so-called traditional opposition, including the Popular Front Party, Musavat Party, and the National Council, are often criticized by other, younger opposition groups in the formation. The question is, why does the opposition continue to organize these meetings?

Meetings are not only for anti-system protests. It is also crucial for the internal dynamics of the organizing party or movement. In a closed political environment, it is challenging and dangerous to sustain and intensify their activities by recruiting new members. This issue requires a deep determination and idealism on behalf of members and organization of an appropriate environment from the organization. And here those meetings and detentions and other forms of state violence that logically result from them, perform this function of establishing the climate of idealism and combat.

In a closed system, stagnation is suicidal for an oppositional organization. That is why those authorized demonstrations are one of the means for these organizations to self-sustain. In this way, they create a protest discourse, through which they attract new members, feed their members idealism and integrity, ensure the organization's stability, and at the same time provide opportunities for control to the system. This "struggle-repression loop" is the first curse among opposition organizations in closed systems.

The end of a closed system: as a sign of "big bang"

In a closed system, protests are not expressed often or loudly in public spaces. But it is everywhere, and everyone is aware of that; each person plays their role at every level of the widespread social injustice and corruption which form the basis of such systems. They both benefit from and fall victim to this system. Therefore, from one point, people support the system, at least according to their place in the hierarchy, and from another aspect, in their inner world (conscience) or safe places (friends and family environment), stand against the system, and again according to their role in it. So if tomorrow there is a danger to the system's existence, they know that if they are not with those who oppose it, at least they know that they would not do anything to prevent the end of it!

Unlike democratic, hybrid, or half-authoritarian regimes, in a closed system, an organized opposition group is not an agent or a driving force of change, because they have neither the power nor the potential to make it happen. Change in such regimes does not occur gradually but abruptly, due to the system's harsh nature, and the source of political change is not planning, not a strategy, nor it is an organization. Everything happens by chance and is bound to coincidence. It could be some careless political action or perhaps a negligent word out of some official's mouth, or something that no one would ever guess could be a first spark for the explosion. No one knows. In such systems, there is that "big bang": consciousness being formed loudly and publicly from that, which everyone had only spoken about before in whispers. Although no one knows when it will happen, discussions around how it may happen are going on; in every closed system, as it gets stronger, the political injustice that it is based on deepens, thus casting small cracks on the system that result from random incidents. And based on those cracks, one can suggest preliminary opinions about how the big bang could look.

In Azerbaijan, Guba(2012) and Ismayilli (2013) incidents are the most significant cracks on the system. Both resulted from an accident. In Guba, the video with the chief executive offending local people was leaked on YouTube. In Ismayilli, again the local chief executive's relative got into a car accident, during which residents were offended. As a result, in both cases, the chief executive's estate was burned down. Perhaps that is what the big bang will look like.

If you listen to locals commenting on the protests, you can see that almost all of them speak with confidence, as if they anticipated it beforehand. This is a product of the collective mind created by the "big bang" idea. No one is mentioning the event that led to the protests, but instead dismisses it and does not see it as the main reason; instead, everyone focuses on more general problems.

This common collective mind is also present in the governors of the system, as it does in all of its members. Therefore, in a closed system, starting from a certain level of the ladder up to the highest political administration group, everyone is subjected to that collective mind, developing a deep paranoia. That is why such regimes are usually skeptical, vengeful, and generally harsh. In this sense, one can call a closed system a system which administered by paranoiacs. And this is, in turn, their curse!

Are people not considered?

There is an assumption about closed systems that, when making decisions, rulers do not take their people into account. It may be correct about people's well-being, but never true when their anger is concerned. Local culture, traditions, mentality and other sensitive topics are always taken into account; otherwise longstanding governances would not have been possible.

This rhetoric of "they don’t care about us" is usually used by critical groups for evoking grievances within the masses against the government. The system is compelling, and opposition groups are aware of that. They know it well that it is impossible for them to change the system on their own, even by mobilizing large numbers of members or using political strategy or diplomacy. Therefore, the target is to educate and inform people politically, call them to protests, as well as to address and stress important and sensitive topics for the majority. Perhaps, these actions will result in cracks appearing in the system, out of which that long-awaited accident will bear the "big bang"...

In this regard, the system limits means and spaces through which opposition groups might communicate and address issues to people. The regime finds it necessary to produce counter-arguments and events against those groups, and publicly promote them. The fact that since the 2011-2013 protests all opposition rallies have been isolated in the remote and easily controlled stadium is one example of this behavior.

Off-limit events include, but are indeed not limited to: any kind of demonstration outside of the controlled area; an appearance of opposition groups in public and their possible appeal to the people any strong image of an opposition leader or group; or any kind of collective event that is not authorized by the government, even a non-political one. In short, anything that could spark the “big bang” is strictly out of bounds.

The biggest fear of a closed system is the emergence of oppositional groups in places and at a time where and when it is most vulnerable. As this may lead to the widening and uncontrolled growth of its cracks, such actions cannot be forgiven. In this regard, Ilgar Mammadov, chairman of the Republican Alternative Movement (now a political party), who visited Ismayilli during the riots, faced the government's harsh reaction.

Based on these observations, it can be assumed that in a closed system, almost all measures connected with the domestic policy are taken to keep people under control. There are traces of paranoia in all its mechanisms of control.

Regardless of who takes it, any systematic or random step that can trigger the majority is immediately prevented. Harsh measures that from time to time are taken against reckless officials are one of the examples of this stance. In this respect, the rhetoric of "they don't care about us" should be understood in the context of welfare and other issues, and not concerning political power.

The time during which a closed system most vulnerable is also the time when it is most potent. As it gets more and more rigid, opportunities and chances for the big bang grow. And this situation is harmful both to governors and their oppressed critics. It is impossible to make healthy decisions in such a toxic and paranoid environment. Political will loses its function. There is only a closed system, and it's insurmountable, giant wheels that function. Everyone living in such a climate awaits that accidental change.