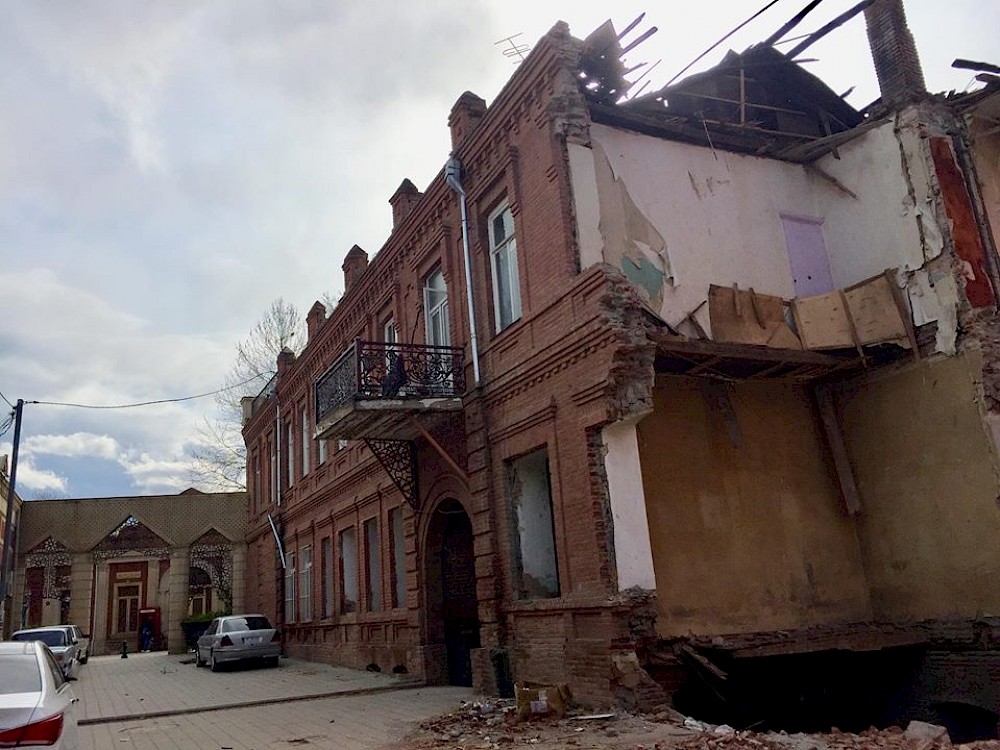 In this case, Ilgar Hilal Maharramov, a resident of Ganja, whose shop was destroyed, won his case in the Court. The European Court of Human Rights (the Court) made its judgment regarding the case on 9 May 2019. The violation of Mr. Maharramov’s right to property was recognized, and the Azerbaijani government was ordered to pay compensation.

The original incident occurred in 2004 when officials from the Ganja City Executive Authority ordered Mr. Maharramov to vacate his shop, to allow for repairs and widening of Attarlar and Nizami Streets. When he refused their demands, his shop was summarily demolished.

Just after this heinous act, Mr. Maharramov requested a market-value appraisal of his property from private company Aysel-M. After finding out that the property was valued at 120000 USD, he sued the Executive Authority in the District Court of Khojavand, alleging that his right to property had been violated and demanding payment of compensation in line with the market value of the shop. The Executive Authority claimed that the shop had, in fact, not been destroyed, but rather that it had been relocated to another part of the city by crane. The District Court examined the case in 2005 and decided to reject the complaint. The Appeals Court and the Supreme Court also rejected the applicant’s applications, prompting Mr. Maharramov to lodge an application to the European Court, in which he stated that he was deprived of his right to property unlawfully and without any justification, amounting to a violation of the right to property under Article 1, Protocol 1 of the Convention.

The Court examined the case in 2017 and confirmed that the applicant had a right to property, the shop was real estate, and it had indeed been destroyed illegally by the Executive Power. But the Court declared that it was not ready to decide on the amount of compensation and called for the two sides to come to an agreement regarding this point.

Mr. Maharramov first proposed compensation in the amount of 90322 EUR, but later, “as a sign of goodwill,” he lowered this to 50000 EUR. The Government did not accept this sum and stated that the damages incurred by the applicant amounted to 13700-15200 EUR.

The final judgment, made on 9 May 2019, demonstrates that the European Court considered the applicant’s demand reasonable.