ELECTIONS WERE HELD IN CONDITIONS OF LIMITED RIGHTS AND FREEDOMS

13.04.2018 / The Azerbaijani authorities are angry at the preliminary opinion of the International Election Monitoring Mission 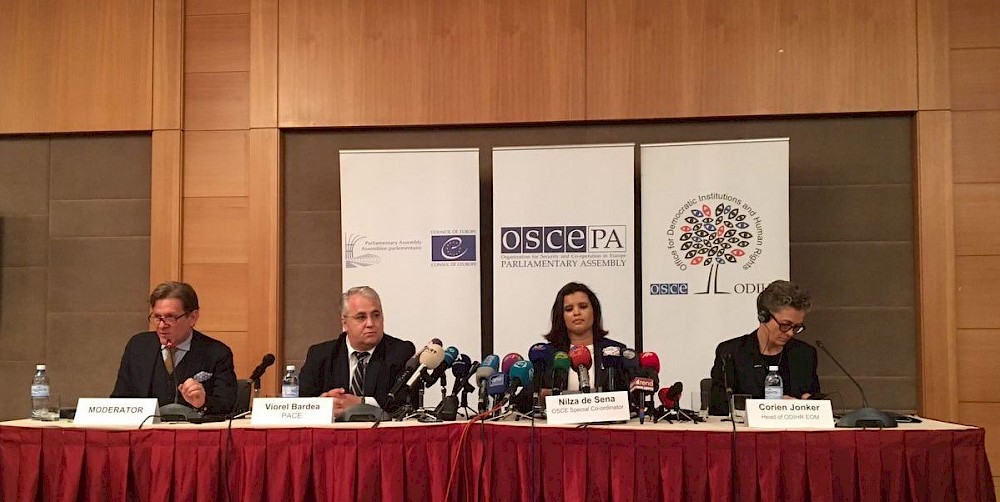 On 5 February 2018, President Ilham Aliyev declared an early presidential election for 11 April. The Republic of Azerbaijan has a presidential system of government under which the president exercises wide constitutional powers relative to the parliament. The president appoints and chairs the cabinet of ministers and appoints the vice presidents as well as the central and local executive authorities. The president also nominates the judges of the Constitutional Court, Supreme Court and courts of appeal, and the Prosecutor General, who are formally appointed by parliament.

The Council of Europe’s European Commission for Democracy through Law (Venice Commission) concluded that the provision allowing for the incumbent president to call for early presidential elections is incompatible with democratic standards. The early presidential election took place within a political environment dominated by the ruling New Azerbaijan Party (YAP), which holds a majority in parliament. President Aliyev, chairperson of YAP, stood for a fourth consecutive term. The party informed the ODIHR EOM that the presidential election was brought forward to avoid an overlap of presidential and parliamentary elections in 2025. Some opposition parties boycotted the election, referring to a non-competitive environment and pointing to limitations related to citizens’ participation in public life.

Other parties chose not to put forward their candidates saying that the early election date left them with insufficient time to meaningfully participate. Senior YAP representatives questioned these stated reasons, noting that all political parties knew that the election was going to take place in 2018. They also claimed that the opposition’s decision to boycott the election was motivated by the fact that it enjoys limited public support.

Several interlocutors noted that Ilgar Mammadov was prevented from running in this presidential election since he remains in prison, despite judgments of the European Court of Human Rights (ECtHR). Equality of rights between women and men is provided for by the Constitution and by law. There are no specific legal measures to promote the participation of women in political life. With few exceptions, women are strongly underrepresented in political and public life, holding 21 of the 125 seats in the parliament, one out of 14 chairs of state committees and no ministerial positions in the Cabinet of Ministers.