WHY WAS I UNABLE TO BECOME A MEMBER OF BAR ASSOCIATION?

02.05.2018 / My candidacy to the National Assembly, and my activity in the Practical Lawyers Group contributed to my isolation 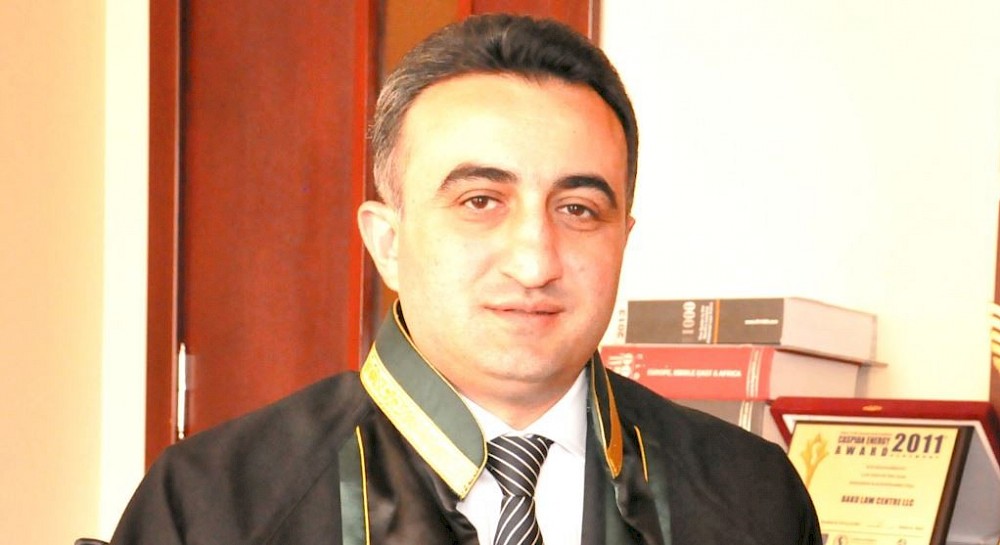 I am a lawyer. Just as in all other professions, the law has its decent and wicked sides. And I chose the most dignified path among them: to become an advocate!

Advocacy has always been an independent field, without any standard schedule. One is accountable only to his or her clients and not to another official.

I am a free-spirited person by nature, having never liked being dependent on someone or a standard schedule.

That is the reason I have never prepared for exams in public service, prosecuting authorities, or in any other area. After a long time, the Bar Association of the Republic of Azerbaijan finally announced an opportunity for admission in 2016. Excited from the news I gathered my documents and presented them to the Association. It took a while to conduct the exam, yet it was done. The new administration had been chosen. By presenting itself as a liable institution in the service of the citizens, they did what they were supposed to and held an exam. All those interviews and statements during the pre-exam period had reinforced the confidence that almost all candidates would pass. It was also promised that up to 60% of the questions would be simple ones. Later on, it turned out that 60% of the questions were very difficult. 607 (33%) from around 2000 people managed to pass the first round of exams.

The test exam is held by the State Examination Center of the Republic of Azerbaijan. When, in the wake of the exams, people started to discuss the difficulty level of questions. Some MPs stood in the defense of the Presidium's chairman by stating, "If a lawyer cannot score 60 points, then they all should go and tear their diplomas up."

I did not tear up mine. In fact, I passed to the second round by scoring 63 points. The second round was about the interview in which candidates answer questions by the members of Specialized Commission. The Specialized Commission consists of eleven people, five lawyers, three judges (the judges of the Constitutional Court, the Supreme Court, and the Baku Court of Appeal) and three jurists. Unlike in previous years, the commission acted in a very disciplined way, holding exams for the candidates by gathering in the Association's central building three times in a week. Since I have some connections in the lawyers' community, it was not hard to ascertain the questions from those who had already taken their exams. And I should say they were simple, easy-to-answer questions. Almost all of the candidates repeated that the Commission members went easy on them and were helping with the questions to which they did not know the answer. All of these things motivated me, and I expected a positive outcome.

However, I decided not to leave it to chance and met directly with the chairman of the Bar Association, Anar Bagirov. I knew well of REAL's support for my candidacy to the National Assembly, my Facebook activities which included reactions to some injustices in the country, my open objection to the bill that aimed to abolish the institute of representation in the country, and my Practical Lawyer Group (Praktiki Hüquqşünaslar Qrupu) membership were among the factors that engendered discontent among government officials. For these reasons, I decided to meet with Anar Bagirov.

Anar Bagirov agreed to meet with me. In the meeting, I openly stated I did not participate in political activity and will not do so in the future. I said I was only interested in my work as a lawyer. I then asked him to prevent any possible artificial obstructions during my oral examination stage. I have lived in this country since 1988, and as a young person living and experiencing its reality through the 2000s, I considered it necessary to request that he do this. The unwritten rules of the game required it.

In response to my request, Mr. Bagirov reacted in an extremely ironic and arrogant way, as if I was a murderer who was asking him fora plot of land in his garden to bury a body. Nevertheless, he agreed to address my concerns, and then asked me why I was dismissed by the distinguished lawyer Mukhtar Mustafayev. I said overtly, "I was dismissed because of my involvement in REAL, though I have never participated in any significant activity in the organization. Nor will I after I become a member of the Association's, as I will work as an impartial advocate. "After a long negotiation, Anar Bagirov advised me to meet with Mukhtar Mustafayev, and get his approval and guarantee on the issue. Only after that could the issue be resolved.

I agreed and later met with Mr. Mustafayev. I sought to assure him as well, saying that I never had any political activity except for a candidacy in the 2015 elections to the National Assembly. He, in response, claimed I participated in demonstrations where I made harsh statements and that I have connections with the Council of Europe. In response I told him I am a trainer of the Council of Europe on the European Convention of Human Rights, moreover I reminded him that there are other trainers like me in the Bar Association's Disciplinary and Specialized commissions.

And, indeed, I have not attended political rallies. The only times were when I visited the Martyr's Lane on January 20th, and I participated in REAL’s event for Republic Day. And those, I think, are the moral and civic duty of every citizen regardless of political affiliation. I made it certain to Mr. Mustafayev that’s hold I be elected as a member, I will abstain from any political activity. He in return promised to be my guarantor. Mr. Mustafayev also told me that "a bullet in the forehead" awaits me if I did not watch my step. He also added that after the exam, I was supposed to go through one year of work in Sumgait and thereafter, depending on his situation, I would be transferred to his bureau.

On March 29th, 2018, I was called for the exam. People who took the exam before me had an oral exam which usually went for eight to ten minutes, or a maximum of 15 minutes. For me, the examination lasted for about 23 minutes, like an "enemy soldier" who is being interrogated. Only one question was left unanswered. Three of the other four questions went quite well, and the other one was satisfactory. In general, the questions' difficulty level was very high, and I did my best. I knew five of the 12 candidates who took the exam on that day so later I called them to discuss the questions. All of them mentioned how hard the exam was and that they most probably failed it. As I stated above, my interview went well, and I was sure that my name will appear in the list. But it did not.

86 persons out of the 94 candidates who entered the second round passed the stage, only 8 people did not meet the criteria. One of those eight people who did not pass the examination that day was Ruslan, the son of the lawyer Asabali Mustafayev. That is, on the examinations held on the same day, two people out of 12 were left aside; they were Ruslan Mustafayev and I. The reason was obvious.

I therefore decided to meet the Bar Association's administration members and make complaints about the exam results. On April 20th, 2018, I met the delegation comprised of Anar Bagirov, Farhad Najafov and Aydin Akhundov. When I asked about my results, Anar Bagirov simply said that it was a decision made based on the opinions of the Specialized Committee and my answers.

In turn, I stated that this was not true and that the decision had been biased, as it had been made on the basis of my political affiliation. I also reminded Mr. Bagirov about the agreement we had made. Besides, I did not agree with the way the second stage's exam had been held: we already had academic test exams, so the oral exam had to be conducted in a different way. In response, Anar Bagirov said that he does not take the State Examination Center's test exams seriously and they do not reflect true knowledge. When I pointed at the absence of the human factor in test examinations and that, in the case of oral exams, things may go wrong because of people like him, we had a long argument.

In the end, Anar Bagirov advised me to come back next year again. I want to note that I have a full transcript of our discussions with Anar Bagirov, which I am ready to present to him on request.