SOCIAL HOUSING: RESOLUTION OF THE PROBLEM, OR INTERFERENCE IN THE MARKET?

08.05.2018 / At the current rate, Azerbaijan will need decades to fulfil housing needs 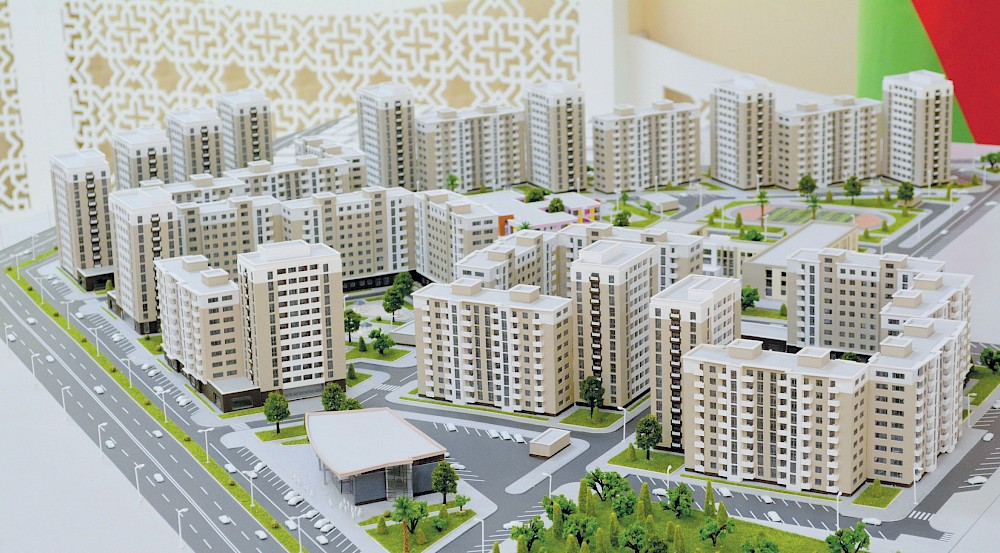 On May 7, the State Agency of Housing Construction in a housing complex built in Baku launched the first housing sale of its kind in social mortgage terms. As was expected, access to the sales that started yesterday morning was limited due to technical problems, which in turn excited a considerable amount of discussion on social media during the day.

Since the social housing project emerged on the national agenda, discussions on the state's role as a guarantor and provider of construction and housing emerged. Many supporters of the affordable housing program emphasize the importance of this project for low-income families. Conversely, skeptics contended that, had the state eliminated omnipresent corruption and had made construction licenses more easily obtainable, private construction companies would also be able to offer affordable housing under the same conditions in the real estate market.

On the other hand, there are those who think the idea of social housing is antiquated and no longer important. In any case, the government also wants to partake in the real estate market. Essentially, it seems reasonable to assume it is a "win-win" situation for the government and the low-income population, in which the former gets a chance to continually implement social programs from budget funds and the latter gains affordable housing.

Despite the current development, the country will need decades to meet rapidly growing housing needs. Azerbaijan Mortgage Fund's report prepared few years ago confirmed these concerns. According to the Fund' estimates, there are currently around 250 thousand families in urgent need of eight billion AZN to improve their housing conditions. In the times when the mortgage lending system has proved itself inefficient, cheap housing and a long-term opportunity to pay are the reasons for such a big interest in the state's housing program, which is reminiscent of the state of affairs 30 years ago.

Given the sharp demand for housing and housing stock related problems in the country, serious interference in the real estate market through social programs is required. Despite the fact that currently there are different forms of financial leverage to obtain any type of housing, high credit conditions and financial instability of the potential buyers render housing accessibility difficult. Instead, already for the second decade in a row, the construction of housing at ones own expense in the country has skyrocketed.

The absence of any land-use planning, allowed wide private living areas, consisted of large residences, in the suburbs of large cities to spur. Moreover, demographic growth, unilateral economic development, and urbanization have spurred the individual housing construction on various state and municipal lands.

Other the other hand, housing complexes proposed by different financial sources have also increased. The State Statistical Committee of the Republic of Azerbaijan confirms that, in the last 20 years, 73% of the 30 million square meters of private housing built in the country accounted for the urban area.

Since the social housing project was launched in 2016, the main concern has been about housing prices. It turned out from the very beginning that the issue of these apartments will not be managed like the Soviet period's free "public housing" model but will be based on the "social renting" model, as it is experienced in several other countries. Unlike in the private sector, social housing project is implemented by means of using existing resources (state lands and finance) that propose affordable housing for everyone, which seems reasonable. However, the project is at its initial stage, and the first results based on monitoring should be considered.

As we mentioned before, there is ground for wider-scale housing projects in the country. According to the statistics of 2016, within the last two decades, 50 million square meters of living space was commissioned in the country. Furthermore, while in 1995 the country's housing fund amounted to 67 million square meters, the figure for 2016 was 117.6 million square meters. This fact alone is sufficient to declare there is some progress in the country's living space distribution per person. Nevertheless, it is clear that per capita living space in Azerbaijan, especially in urban areas, is still too little. When we look at the Soviet-era housing program, it was planned to reach 11 m2 of living area per capita by 2000, which in the following years was outlined to be extended by 18 m2 per person. At the moment, this figure in Azerbaijan amounts to 12 m2, which is about 3 times lower than the standards of developed countries. In most cases, this figure could be even lower given the size of households. In such cases, mainly due to the increased number of family members, the owners of these apartments usually sell the property and later divide the money and buy a number of real estates for various purposes.

As a well-established rule, this behavior eventually leads to the construction of individual living areas on a land piece. In general, during last 20 years, softened regulations gave way to the practice of the privatization, which in turn resulted in the market inflow of additional funds in terms of the new owners. Given the circumstances, the promotion of housing programs through governmental and business investments can be achieved.

The non-existence of programs for the renewal of the expired housing stock in Azerbaijan raises some questions on the social housing project's future development. On top of that, financing mechanisms and social housing selection criteria have not been fully developed. The implementation process of such projects could benefit from different other experiences. For instance, the Urban Renewal (Kentsel dönüşüm) law accepted in Turkey stipulates social housing, affordable housing and housing needs identification processes in the country. The main objectives are the removal of defunct housings, to improve the living conditions of the local population by the demolition of illegal construction, following the clearing of territories, and, thus, to encourage investment and affect prices in the real estate market. Given that the vast majority of housing stock built in Azerbaijan does not correspond with the existing infrastructure, then it will be necessary to revise and improve the social housing project. Meanwhile, around one million citizens are looking for ways to solve their minimum housing needs.