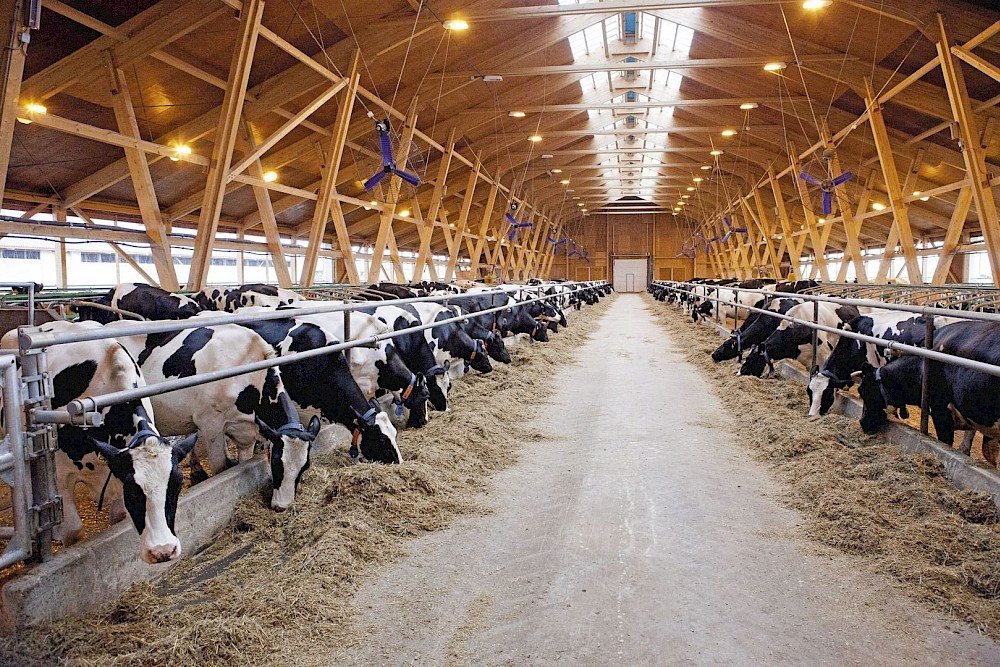 In Azerbaijan, “self-provision of meat and dairy products has reached 90%, while for vegetables and fruits this figure is 100%”. This statement was given by Inam Karimov, the minister of agriculture, at a meeting on the cooperation program with FAO.
Food security is one of the most pressing topics in today’s world. By “food security”, we do not mean just food safety, but also the full provision of the population with food. In Azerbaijan, the Ministry of Agriculture is in charge of this matter.

The Rome Declaration on World Food Security declares that “according to the right to adequate nutrition and to be free from hunger, everyone’s access to safe and nutritious food for their health shall be ensured by all states”.

The issue of food security is particularly important for Azerbaijan because of a lack of local resources. In 2017, the Food Security Agency was established in the country. The main work of this agency is to regulate the food sector and to ensure the quality of food products imported into the country. Since providing the population with food is a vitally important issue, figures mentioned by the ministry - especially numbers on self-supply of meat and dairy products - are important to investigate.

Another interesting data set was recently provided by the State Customs’ Committee (SCC). According to the SCC, in 2018, 47399.29 tonnes of meat and 9511.43 tonnes of dairy products were imported into Azerbaijan, with an approximate value of 70075 thousand and 12652 thousand USD, respectively.

With regards to food security, the amount of food is just as important as the amount of money spent. In comparison with the previous year, meat imports increased by 18.2% and dairy imports increased by 7.2% in 2018. Meat import has more than tripled since 2015. The increase in dairy imports has been more modest; as a result of a sudden 40% decrease in imports of dairy products since 2016, there has only been 7.6% increase over the past 4 years.

The SCC figures are corroborated by figures from those countries exporting meat to Azerbaijan. So it is clear that, if meat importation has seen such a drastic increase in recent years, government figures claiming 90% self-supply of meat are cast into serious doubt.

The State Statistics Committee (SSC) prepares special Food Balance tables to generate more precise calculations on the issue of food supply. According to official data from the SSC website, 150094 tonnes of beef, 79194 tonnes of lamb and goat meat, 8336 tonnes of pork, and 126667 tonnes of poultry were consumed in Azerbaijan in 2017, for a combined total of 364291 tonnes of meat. Based on the SCC information, imported meat products made up 11% of the overall total. However, according to the figures provided by the Food Balance, in 2017 57991 tonnes of meat was imported into the country in 2017, which would mean that meat imports were 16% of the total How can we explain this difference?

Processed meat products (sausages and similar products) are shown separately in the information presented by the SCC. But the 2017 figures are not really high – only 4467.4 tonnes. One possible explanation could be that the SCC adds live animals imported for slaughter to these figures. The issue of live animals is another topic of food security.

Since the start of reforms in agriculture, the number of cattle, sheep, and goats in the country has decreased. According to figures from 2018, cattle numbers have decreased by 12% since 2016, while there has been a 3% decrease in the number of sheep and goats in the same period of time. Along with that, according to the SSC, 87933 live cattle and 132407 sheep and goats were imported into Azerbaijan in 2017. The 2018 figures have not been presented by the SSC yet, but a 16% increase value-wise was noted (77583 and 76858 were respectively imported during the first 9 months of the year, while during the last quarter, in terms of value, half of the aforementioned figures were imported).

With regards to the issue of live animals, the SCC data differs from the data provided by countries exporting to Azerbaijan. By their numbers, 126,300 cattle and 116,000 sheep and goats were imported into the country in 2017.

Ukraine and Georgia are the main countries exporting live animals into Azerbaijan. The statistics provided by these countries in 2018 differs. Ukraine’s export rate declined, but, according to Georgia, their live animal exports to Azerbaijan increased by 37.1%.

All of this conflicting data forces us to look at the figures related to self-supply of meat again, since livestock numbers are steadily decreasing in the country, despite increases in imports. This must mean that either the imported portion or the domestic livestock that is substituting imported livestock is used for slaughtering. In both cases, Azerbaijan’s heavy dependence on imports cannot be denied.

If we take the aforementioned figures into account, completely different totals will emerge. Even the most basic calculations show that an additional 44205 tonnes of beef and 4060 tonnes of lamb are being consumed (assuming an average of 350 kg of meat per head of cattle and 35 kg per sheep). Following this logic, import dependence totaled 29.16% in 2017. In the absence of any significant evidence of a change in consumption rates in 2018, we must then conclude that the meat supply is on the same level.