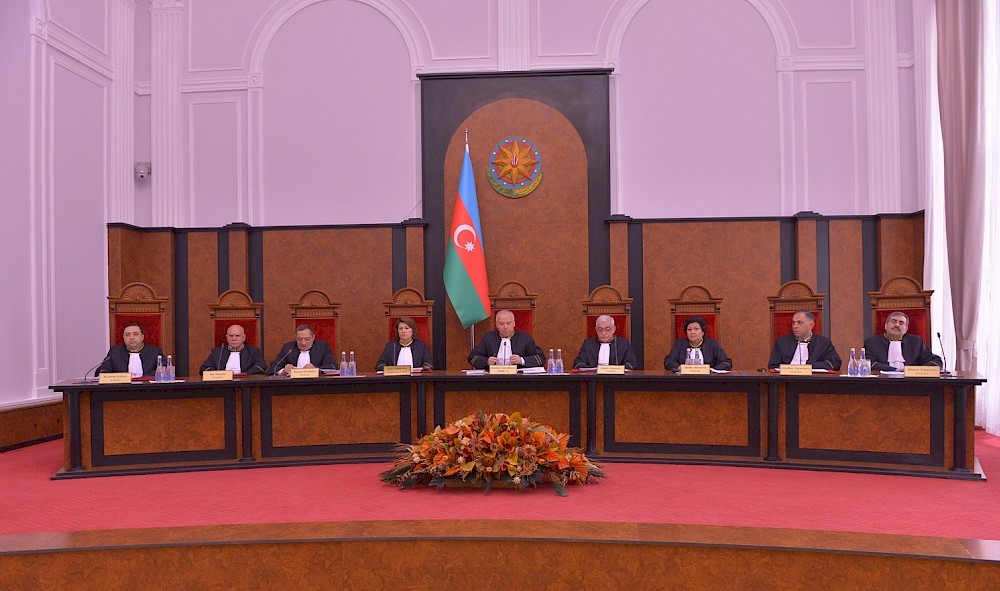 There are countries in Europe that have never paid anything in the past two years; however, this is because the European Court of Human Rights (ECHR) has not fined them. Denmark, Andorra, Luxembourg, Liechtenstein, and San Marino were not fined even once in 2017 and 2018. Azerbaijan, on the other hand, has been fined 1 million EUR in total in that same time by the ECHR, placing a legal and moral obligation on Azerbaijan to pay compensation to its citizens, whose rights it had violated. In 2019, this sum is probably going to increase even further, since the number of fines determined in just the first 5 months of the year is already higher than the total sum of fines in the previous year.

The ECHR examines the cases of citizens, which have already passed through all domestic courts. When the ECHR recognizes a violation, it basically confirms that this case was not properly investigated in domestic courts and/or the decision was not fair and impartial.

After President Ilham Aliyev’s decree on the deepening of reforms in the judicial-legal system in April, various suggestions regarding judges started being made in the country. One of the authors of such suggestions is lawyer Adil Ismayilov, who advised making judges subject to the payment of the aforementioned fines in order to make them more responsible. According to him, if the ECHR determines a fine to be paid by Azerbaijan in connection with the unjust decisions of judges, then these judges should pay them.

“Why should a citizen be punished for someone else’s arbitrariness?”

Mr. Ismayilov, head of the "Adisad" Legal Firm, spoke to Open Azerbaijan. The lawyer reminded that, at the time of our conversation, more than 100 judgments had gone against Azerbaijan due to the mistakes of judges, resulting in several million EUR worth of fines. Compensation is, of course, paid from the state budget. Mr. Ismayilov pointed out that the state budget is made up of the taxes paid by citizens; in this way, he believe s that the citizens should not be punished for the errors of the judiciary: "Personally me, as a citizen – why should I suffer because of someone else's actions? A person, who has made a mistake, an arbitrariness, should be the one to suffer. Another measure could include depriving those judges of their high pensions".

The lawyer thinks that the law should reflect this, and a proposal for such a change should be sent to the National Assembly.

Article 96 of the Azerbaijani Constitution outlines the power to lodge legal initiatives, as well as draft laws and other issues, to the National Assembly. According to Article 96, this right belongs to the President, MPs, the Supreme Court, and also 40000 voters – citizens.
S. Novruzov’s proposal: “Fines should be paid from the salaries of court chairpersons”

MP Siyavush Novruzov made a similar proposal at the National Assembly session. He stated that applications to ECHR are made due to judicial errors in the Azerbaijani courts. Thus, these judges should be held financially responsible for the fines determined by the ECHR: “It is possible to pay compensation to the victims out of the salaries of judges or the chairpersons from relevant courts, who have made these decisions”.

MP Fazil Mustafa agrees. He believes that local judges being made responsible for payment of compensations might increase accountability: “Judges should be held responsible for the decisions they have made.”

“The three-stage judicial system in the country was established for the purpose of...”

But Alimammad Nuryev, a former MP and current head of the Constitution Research Center, does not consider the proposal correct. He thinks that punishing judges by impacting their salaries is contrary to the principle of judicial independence and such punishment could lead to significant problems: “Any judge can make a mistake. The three-stage judicial system in the country was established for the purpose of higher courts correcting mistakes made in the lower courts. A judge bases his decisions on his interpretation of the provisions of the laws and he/she can see the situation differently. Everyone can have a different legal thought process. In order to avoid mistakes, the law should be adapted with legal interpretation. If judges deliberately make wrong decisions, then they should be held legally responsible for this. There are relevant norms in the Criminal Code for this”.
What does the law say?

According to Article 111 of the law on courts and judges, judges who have made decisions in cases, where both the Constitutional Court and the ECHR have found violations, may be subject to disciplinary proceedings. According to this law, a judge who has gravely violated the provisions of the law on numerous occasions while examining cases may be subject to punitive action. However, judges can only be subject to this type of scrutiny by a decision of the Judicial-Legal Council. The Judicial-Legal Council, headed by the Minister of Justice, can make one of the following decisions: criticize, reprimand, lower the position of a judge, change his/her workplace, or disbarment. If the violation is not proven, then the disciplinary proceeding is ended.

“The main problem is the dependence of courts on executive power”

Lawyer Yalchin Imanov states that judges being subject to monetary fines for unlawful decisions they have made, including paying fines determined by the ECHR, is not supported by the legislation of Azerbaijan. Mr. Imanov has examined the history of ECHR cases, in which it recognized a violation and ordered the payment of compensation; in many such cases, the judges in domestic courts made those judgments and decisions under direct orders: “I think, although Adil’s suggestion is interesting, it is not comprehensive and effective from the perspective of improving the judicial system, since the problem with the judicial system in Azerbaijan is not connected to the illegal decisions of independent judges. The problem is mostly linked to the lack of independence of the judicial system and its total dependence on executive authority. Thus, on the contrary, provisions related to the independence of judges should be fostered; in general, the judicial system should operate independently of outside interference. Under such circumstances, even if a judge makes a wrong decision, it will be accepted as a result of a bias or an order, instead of a natural mistake”.