DO WE HAVE TO PAY FOR HIGHER EDUCATION?

25.01.2019 / Two thirds of Azerbaijani students pay for their education 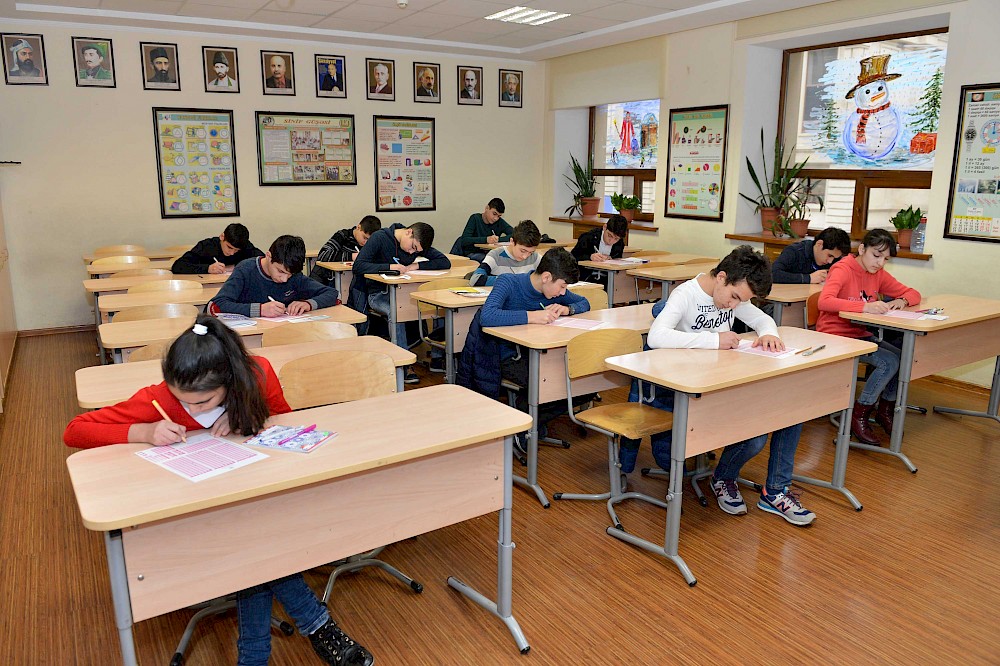 In general, numerous initiatives proposed by the government in recent years have aimed to decrease the number of people with access to higher education. As a consequence, higher education is accessible only to people having the money or to those who have excelled in their education, thanks to the personal endeavor. This circle narrows even further as a result of differences in the general education system and admission exams.

The table above clearly demonstrates the steady increase in education expenses. Unfortunately, the State Statistics Committee do not break down expenditure data for the higher, middle, and general education separately. But we can identify some information ourselves. According to information from the State Statistics Committee, there are 28 private, general-education institutions currently operating in the country. 10928 students study in these institutions (an increase of 24.7% in comparison to the previous year). We can claim, based on the available sources, that annual tuition fees in those schools vary. But, for example, the tuition fee at private schools providing education in foreign languages is approximately 11000 AZN (2848 pupils study there). In total, this market is worth about 60-70 mil AZN. Public schools do not have tuition fees and are free to all students.

The situation of vocational schools is similar to that of higher education institutions. According to information from 2017, there are only 2 private vocational schools in the country (previously, there were 4). These institutions have over 3000 students and total expenditure for this was 2.9 mil AZN. In comparison, based on the contracts, the number of students paying tuition fees in state-run vocational schools is 23200. Their share exceeds 50%. We tried to calculate expenses connected to this based on the numbers in the state budget (i.e., the means allocated to middle education in the state budget and those paying for education should pay at least that amount). In total, expenses of those studying and paying tuition fees are close to 50 mils AZN. The number of students in vocational schools has decreased by 27.3% between the 2013/2014 and 2017/2018 education years.

Other expenses are directly related to higher education. According to our approximate calculations, they amount to about 149 mils AZN (although this sum might be slightly higher). This sum is divided amongst a number of universities. According to official information, there are 51 higher education institutions in Azerbaijan; 12 of these are private, serving 14326 students. There are 93490 students in the remaining 37 public, higher-education facilities, who pay full tuition fees based on contracts (you can see these tendencies more clearly in table 2).
There are 107816 students studying at private universities and paying tuition fees at state universities. This amounts to 64.3% of the entire student body in the country. Along with that, 1382 AZN is the average annual tuition fee per student.

As we can see, higher education is gradually becoming a paid service; only 1/3 of students in the country study for free. It is noteworthy that, after the latest amendments to rules on granting of scholarships, even exceptional students can be deprived of their scholarships.