BAKU IS NOT READY FOR MORE THAN 15000 GUESTS 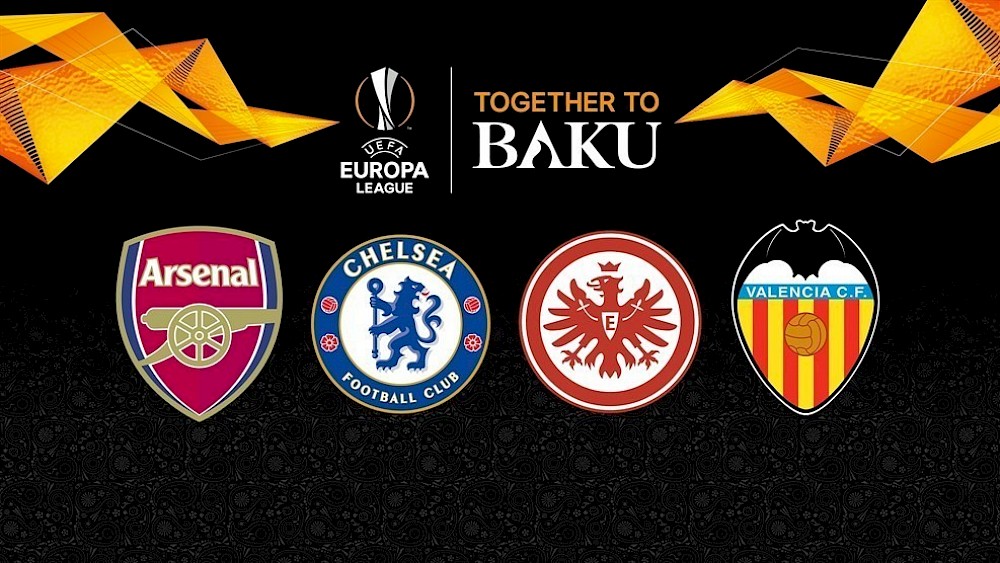 Public interest in football has been increasing in Azerbaijan in recent times; this is due in part to Karabakh’s success in European cup competitions, as well as Azerbaijan being selected to host a number of large football tournaments. The country is preparing for its first experience as a host in such event, when, in late May, the Baku Olympic Stadium will host the final of the UEFA Europa League.

But the enormous expense involved in hosting an international sporting event requires serious economic justification. If we do not take into consideration events like the European Games, Islamic Games, and so on, the only event Azerbaijan has ever hosted at this level would be the Formula 1 Grand Prix. This event is marketed at the higher socio-economic class in the country, and typically attracts only a modest amount of tourists. Football is much more democratic from that perspective and could attract much higher amounts of visitors to the country. Up to 30000 tourists came to Tbilisi for one day during the final of the European Supercup. Such large numbers can impact other spheres, as well.

Now Azerbaijan has been granted the right to host two football tournaments: along with the final of the UEFA Europa League, a number of European Championship 2020 matches will also be held in Baku. The final of the Europa League can be seen as a practice run for the Euro 2020 matches, and will surely help the authorities to gain experience in holding such tournaments. (The European Games were also a large sporting event, but it did not attract significant interest on a global level).

Majority of fans will not be able to come to Baku

Despite all the preparations, as soon as the finalists became known, Azerbaijan faced an intriguing problem: the number of tickets allocated to the clubs’ fans was lower than expected. First, the British media wrote about it, then UEFA confirmed that each of the finalists (Arsenal and Chelsea) in Baku will only be able to sell 5801 tickets to their fans. According to UEFA, in a stadium with a seating capacity of 69870, only 15000 are allocated to foreign fans and visitors. Of this number, 12000 are allocated to the fans and the remaining 3000 to guests. In other words, just 16.6% of the seats available were allocated to the clubs’ fans. Since the amount of tickets allocated to fans of Europa League finalists has been increasing from year to year up to this point, why did it decrease in Baku?

UEFA stated that there are logistical problems in Azerbaijan since the country’s transportation system and hotels are not ready for more than 15000 guests.

Currently, Baku Airport has the capacity to serve 25000 passengers per day (its annual capacity is 9 million, but according to the 2018 results, the total number of passengers was 4.4 million. It means that the airport uses 49.2% of its capacity, with the new six-million-dollar terminal handling 75% of this). UEFA took this into consideration and decided that the number of guests should not exceed 15000.

Many people blamed AZAL for this problem, but AZAL cannot do anything in this situation. While it is true that the company said it could organize 40 additional flights, this does not alter the circumstances. Even if all low-cost airlines were allowed to operate in Baku, the airport simply cannot handle more than 25000 people. Putting aside the Europa League, problems and delays occur even on normal days, when just two or three flights land at Baku Airport at the same time. Landing potentially 10000 more passengers than the airport can deal with presents serious risks.

So then maybe it would be possible for fans to come some other way? But how? UEFA’s numbers clearly demonstrate that the country’s transportation system is not ready for this - not only internal transportation but international transportation, as well. In order to show these problems more clearly, let us remember the 2018 Europa League final.

Difference between Baku and Lyon

In 2018 the Europa League final was held in Lyon, France. Lyon’s stadium is a bit smaller than Baku’s, with a capacity of 59186. But there, each club was allocated 11552 tickets, totaling 39% of the stadium’s seating. Why so? Didn’t Lyon have its own logistical problems? It is notable that Lyon’s airport does not differ much from Baku’s, serving about 10 million passengers per year (they plan to increase this number to 15 million people in 2020). However, Lyon also has a train station transporting 140000 passengers every day. This is in addition to buses and other means of transportation.

What about Baku? The Baku Train Station only serves a paltry 6900 passengers per day - only about 533 of these being international. The majority of passengers use the Baku-Sumgayit train. There are no trains originating in Europe. If a European wants to come to Baku by rail,, s/he first needs to go to Tbilisi, Moscow, Rostov, or Kyiv (now most will probably use Tbilisi and Kutaisi, since the road is uncomfortable but cheap). In other words, the only direct link between Azerbaijan and Europe is by air. The Baku-Ankara train, which will start operating this year, is ineffective too. Paying a price equal to a plane ticket to travel for 40 hours from Turkey’s capital to Baku is a journey for sightseers, not for thousands of visitors coming for a specific event.

We have other airports too, but...

When holding sporting events of this level in other countries, the airport is not the only factor to take into account. An airport is not built for a single event; it will continue to operate throughout the year, and the expense involving in significant capacity increases is difficult to justify for just one or two events. In such cases, other nearby airports are also used. The next closest airport to Baku is in Gabala. Ganja Airport might be useful, too. However, these airports were designed for more specific functions. For example, Gabala organizes charter flights to and from a number of Arab countries.

One of the difficulties is the lack of information about these airports. In order to get to these airports, one needs to search for information in advance. It is difficult to find flights from Moscow or Europe to Gabala via Skyscanner or other portals (even via Azerbaijani websites). Even if there is a flight, you then have to find a way to travel from Gabala to Baku. 7 buses leave from Gabala to Baku daily (each of which can transport 280-350 passengers), but none of them stop at the airport. Thus, in order to catch one of these busses, one has to come to the city center.

Ganja could be a better option, but the airport there does not operate in connection with events held in Baku. The serious lack of inter-city connections effectively paralyzes the country’s transportation infrastructure. Even the Baku and Sumgayit transportation does not operate within a unified system. As a result of all this, we have faced the negative international press in our first such experience.

The capacity of hotels in Baku is not large enough, either

Thus, the limited capacity of the airport is not the only cause of reduced ticket allotment. On a related note, when the Baku Airport was being enlarged, it was reported that the airport would become a “hub”. In order to become a “hub,” an airport needs to have the capacity to handle at least 20-25 million passengers per year. The 50th largest airport in the world, in terms of capacity, is able to serve 42 million passengers per year.