27.01.2019 / Billions of dollars of state budget money has been spent without any public explanation. 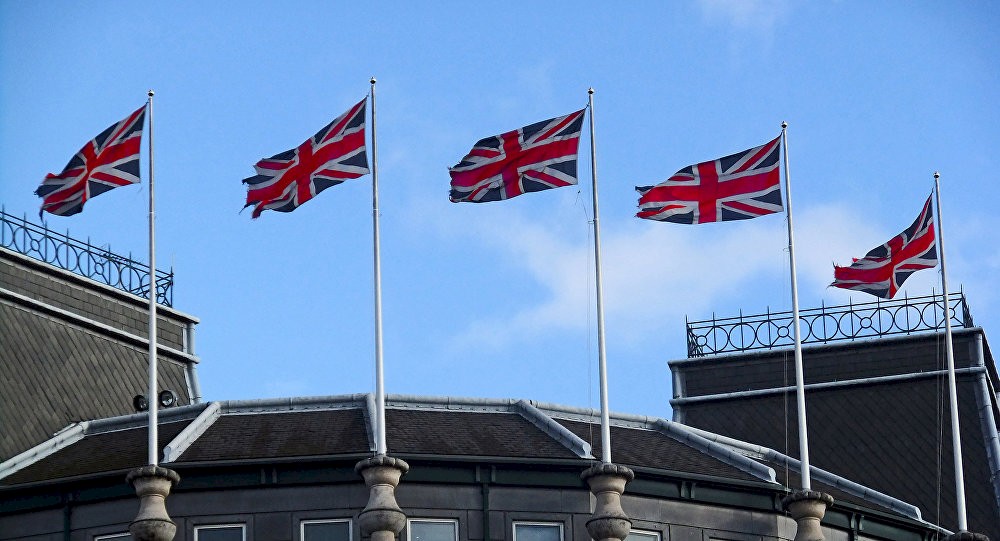 There are numerous companies that attest to the negative legacy of problematic loans given by the International Bank of Azerbaijan (IBA), both at home and abroad. These companies might have since passed into state ownership, but information about their management is scarce. This includes a number of companies in the United Kingdom.

Several years ago, in a statement by the Minister of Finance, it was revealed that billions of dollars and Euros had been taken out of the country. The Chairman of the Board of IBA at that time, Jahangir Hajiyev, was arrested in 2016 for complicity in this effort, having helped organize the transfers "through offshore companies". But the question remains: how much of this stolen money was actually recovered?? The government has not made any public statements regarding this issue.

The registry database of companies in the United Kingdom is public record and regularly updated, allowing us to shed some light on the financial situation of the companies that benefited from the so-called “Toxic Asset” loans from IBA. When analyzing this information, one point draws attention: a parent company of one of these firms was a participant in a major money-laundering and corruption scandal, known as the “Azerbaijan Laundromat” in the international media.

11 pieces of Azerbaijan in London

At least 11 companies registered in Britain from 2004-2008 passed into the control of the Republic of Azerbaijan after the restructuring of the IBA assets. According to the information in the document database, the decision to dissolve two of them (Euro Associates (UK) Limited and Euroilgas Industries PLC) was made just recently . The assets of these two companies total some $55 million, while their debts are twice this sum. It is not clear whether those assets are sufficient to cover all of their debts.

The Azerbaijani government has spent billions of dollars repaying the foreign debts of IBA. However, no one is reporting whether or not the bank's foreign assets were repaid.

According to calculations based on financial reports from 2017-18, the total debt obligation of these 11 companies amounted to £104,916,000 thousand, $213,013,800, and €38,806,500.. The declared assets of the companies are dwarfed by these amounts. This begs the question: which portion of these debts are owed by IBA? Nothing is said about it in the financial reports. The information in the public record sheds a bit of light on this subject: these companies were established in Britain, through offshore accounts based in places like the British Virgin Islands and St. Kitts and Nevis, with the name of the founder being kept secret. Since April 2016, these companies have been under the control of the state of Azerbaijan and Agrarcredit Asset Management Limited, which itself was founded and registered offshore by the Aqrarkredit Non-Bank Credit Organization. The name of the representative of Azerbaijan is not given, but the company’s address is shown: Baku, Lev Landau 16 - the address of the Ministry of Taxes.

How can Jahangir Hajiyev afford a $42.5 million plane?

These companies all have one thing in common: they are all linked, in one way or another, with a former friend of J. Hajiyev, Mr. Khagani Bashirov. This person holds French citizenship and controls his business mostly from Luxembourg. He has maintained a close connection with IBA for a long time. His "services" to the firm certainly played a role in pushing the finances of IBA to their limits, but Mr. Bashirov was able to avoid responsibility and continue his business activities in Europe.

The evidence from Camelot Oil & Gas Developments Limited lead to none other than the former head of IBA. According to reports, as of June 2008, this company-owned 3 subsidiaries companies in UAE, Cyprus, and Britain (Camelot Oil & Gas Developments FZCO, Arguros Investment Company, Ltd., and Berkeley Business Limited, respectively). Camelot Oil & Gas Developments Limited owned 80-100% of the shares in these firms. One of the – Berkeley Business Limited - was taken over by Jahangir Hajiyev in April 2016, even though Mr. Hajiyev has been in jail since 2015. The electronic declaration made on behalf of the Bank was provided to the British Registration office by Kostas Nikolaou, a citizen of Cyprus. It is evident from the company’s contracts of this company in Britain’s public registry that Mr. Hajiyev purchased a Model G550 private jet directly from Gulfstream through the Berkeley Business Limited company for a total cost of $42.5 million.

The majority of shares in the Euroilgas Industries PLC, which announced that it was going to dissolve on January 22 of this year after 13 years in operation, are owned by Biloxi Global, Inc. Mr. Bashirov is one of their many directors. OCCRP wrote, in reference to numerous bank leaks in 2017, that this company was one of the participants of a major money-laundering operation, dubbed the “Azerbaijani Laundromat”. In 2013, this company was paid $3.06 million for its services by Hilux Services LP, one of four main participants in the money-laundering scheme. A year later, it paid some of this money back, noting a cancellation of some orders as the reason.

It remains unclear whether the companies operating in Britain have paid anything to Azerbaijan to settle their debts. Only one piece of information was provided about IBA operations in connection with its foreign assets, which was incomplete. Aqrarkredit BOKT Closed Joint-Stock Company, which manages part of the problematic assets of the bank, sold the rights to old debt obligations of the IBA Open Joint-Stock Company at auction (http://aqrarkredit.az/upload/Image/teleb%20huquq%20elan%20az.pdf).

The payments they received, as a result, amounted to €2,010,300 thousand and $86,993,400. The right to purchase this sum from the Cypriot Luxside Trading S.A. and Luxembourg’s Lux Technology S.A. (Mr. Bashirov is the director of this company, as well) passed from IBA to Aqrarkredit in 2015-2016. Aqrarkredit CJSC failed in this purchase attempt and instead decided to sell the rights to these debts in October 2017. The auction was won by Russia’s Marin company, but Aqrarkredit ABB did not reveal the sum for which it sold the debt.